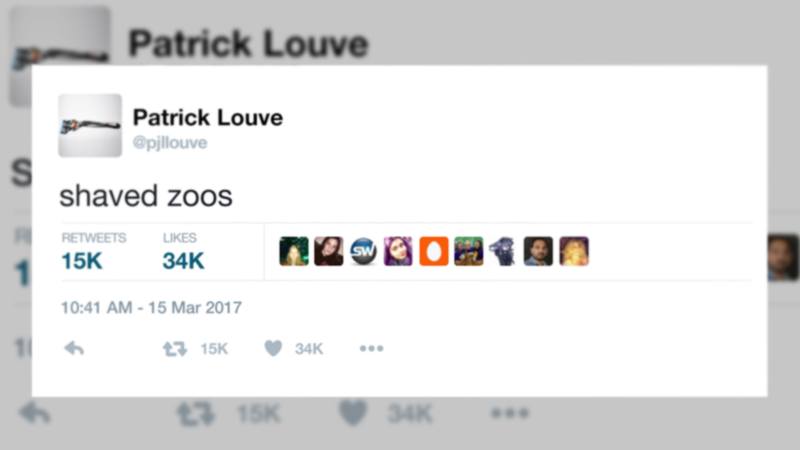 Here’s definitive proof that even tiny actions can have massive implications for the global stock market.

Earlier this morning, the value of Gillette stock skyrocketed, as Wall Street was sent into a buying frenzy after the company’s president tweeted out “shaved zoos.”

Wow, this is great news for Gillette!

What started out as a normal day on the floor of the NYSE turned frantic when just after the opening bell, Gillette president Patrick Louve sent out the following tweet:

Within moments, the cost of Gillette’s stock tripled, as traders and computer algorithms alike reacted to the two-word tweet and bought up millions of shares in the razor company. As cries of “Smooth giraffes!” echoed across the NYSE floor, Gillette saw their value reach a record high after nine months of stagnant inactivity, blowing all first-quarter projections out of the water.

About an hour later, the incredible run was briefly slowed by this tweet from the San Diego Zoo:

But the Gillette price began its climb back into the stratosphere when Warren Buffet—who had previously sold off his shares of Gillette stock back in 2014—bought back in for $10 million just before the closing bell, effectively endorsing the company president’s bold vision for shaved zoos and encouraging other investors to do the same.

If you’re a longtime Gillette stockholder, then congratulations! If you’re not, then you should probably buy some stock now, because when the Asian markets open tomorrow’s trading, the price is only going to climb from here.