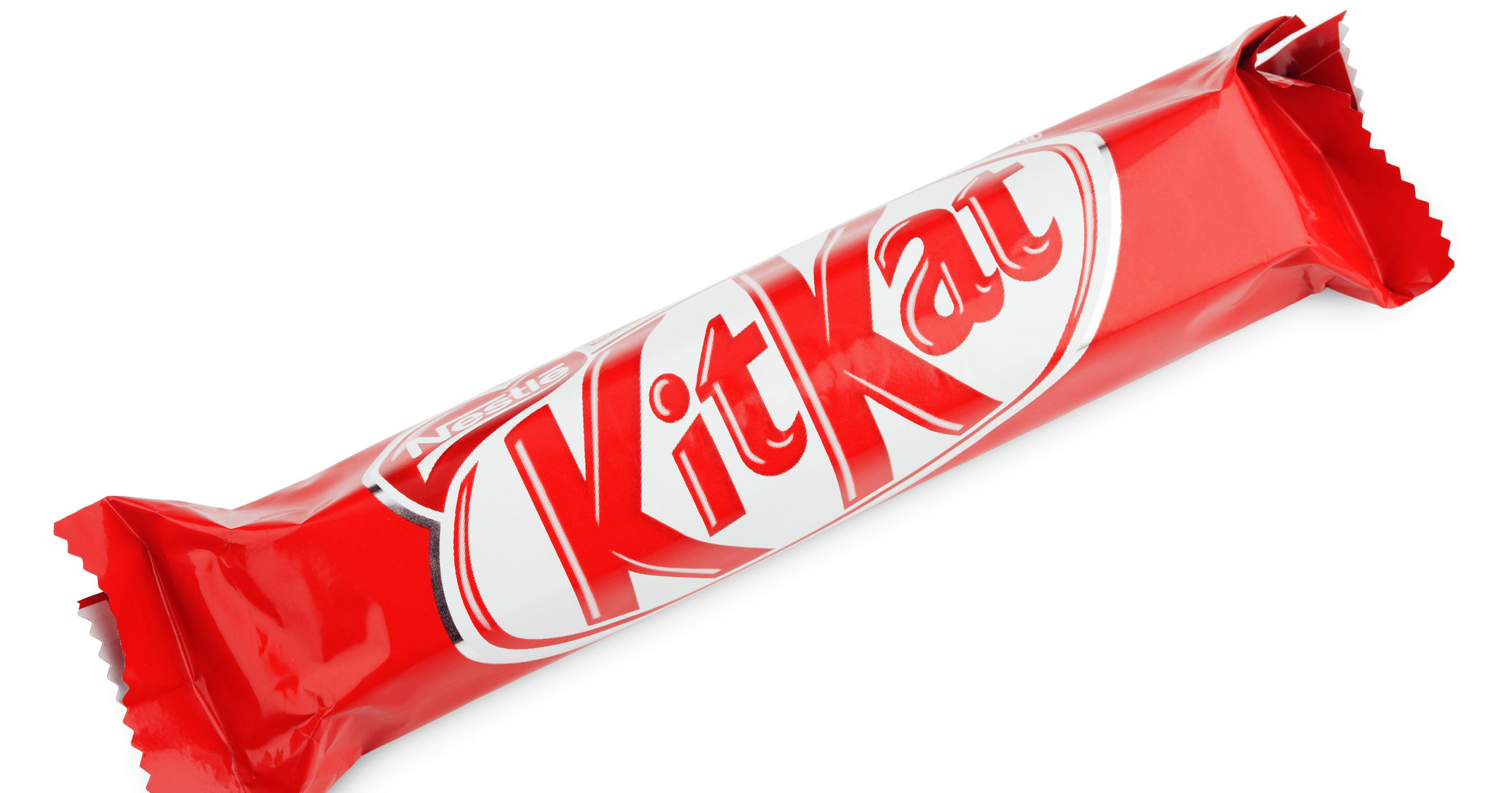 Bringing your own snacks from home is prohibited in movie theaters, but you’ve got a fun-size Kit Kat you’d just love to savor while watching the latest romantic comedy on the big screen. Think you can smuggle that bad boy in without getting caught?

Sneaking candy into a movie isn't a job for the ill-prepared. Many have tried and failed, and the consequences are severe. What preparations will you take to ensure that your attempt is successful?

1. Gosh, none, I guess. I figure I'll just put the Kit Kat in the pocket of my jeans and just casually walk into the theater.
2. The night before I attempt to sneak the Kit Kat into the theater, I will say a prayer asking God to protect the Kit Kat and I.
3. I'll do a lot of push-ups and jog with one of those weight vests on, getting into the best shape of my life. Also, I purchase a top hat that has plenty of room for a Kit Kat underneath.
4. I'll visit a plastic surgeon in El Salvador and have her remove a chunk of my bicep that is the exact size and shape of a fun-size Kit Kat so I can seamlessly incorporate one into my arm.

Theaters are modern-day fortresses built with one purpose in mind: to prevent customers from entering with outside food or drink. What sorts of gadgets do you plan to use to foil the theater's anti-candy-smuggling defenses?

1. All I'll have is a cyanide capsule held tightly between my teeth, which I will bite into the second something goes wrong.
2. Just a bunch of paperclips and a positive attitude. You can make a lot of different stuff with paperclips!
3. I will be utilizing my trusty top hat, the design of which allows one to conceal a small candy bar atop their head.
4. I've got a silenced Walther PPK pistol, a hand crossbow, a smoke grenade, a blowgun armed with sleep darts, and a custom-built armored exoskeleton.

Theater employees are highly trained in spotting moviegoers who are smuggling contraband, and they will not hesitate to banish anyone from the premises who violates their ironclad laws. How will you react if the 17-year-old ticket taker eyes you suspiciously?

1. I’ll break down in tears and go turn myself into the police.
2. I'll accidentally hand him the fun-sized Kit Kat instead of the ticket and then commit seppuku out of embarrassment.
3. I'll make sure my top hat is secured to my head by gripping the brim with both hands, and then I’ll confidently walk up to him and say, “Greetings, good sir! Might you grant me admission to today’s moving picture show?”
4. I'll use a pocket projector to produce a realistic image of an attractive woman wearing a low-cut shirt that says “MINIMUM-WAGE EARNERS TURN ME ON” to distract him.

1. I'll never make it to the concession stand because I'll already have slit my wrists out of shame for breaking the rules.
2. I'll spend several hundred dollars on concessions so as to not raise any suspicions that I may be smuggling in a small snack of my own.
3. I’ll approach the counter and order a Zagnut bar, and when the cashier informs me that they do not sell Zagnut bars, I’ll say, “Sorry, I only eat Zagnut bars,” and walk away, thereby establishing my cover as a sophisticated snackfood aficionado who simply cannot be bothered with plebian concession offerings.
4. I'll wait in the concession stand line, and when it's my turn I'll prick my finger, measure my blood sugar, and loudly proclaim, “Well, my stomach is telling me it wants a treat, but my life-threatening diabetes is saying no. Shoot!” and walk away.

Theaters employ ushers who act as sentries, constantly swiping their flashlights back and forth for any sign of illicit behavior. If an usher's flashlight catches a glimpse of your Kit Kat and your cover is blown, how will you react?

1. I'll swallow my own tongue to avoid being captured alive.
2. I'll hold incredibly still in an effort to blend in with my chair, making myself invisible to the naked eye.
3. I'll pull my top head down over my entire torso and say, “I am a hat, not a human, and as such I am not bound to the laws of man.”
4. I'll kill both the lights and any alarm systems using a high-tech device that disrupts electricity in the vicinity. A panic will break out in the theater, and amidst the chaos I will swiftly seize the usher from behind, snap his neck, and then flee through the emergency exit into the dark of the night.

Just one more question: Getting away with eating the Kit Kat is only half the battle. How will you handle living the rest of your life with the guilt of your crimes on your shoulders, knowing that you are a fraud and a deceiver, the lowest of the low?

1. The weight on my conscience will become increasingly unbearable, ultimately driving me to madness.
2. I will deal with my guilt by dedicating my life to righting my wrongs by traveling to high schools across the country and educating children on the dangers of sneaking candy into movies.
3. Drugs and alcohol. Lots of drugs and alcohol.
4. A true warrior need not fear capture because they will never be taken alive, and a warrior accepts death as their ultimate destiny. Onward to Valhalla. I will regret nothing.
All 6 questions completed!