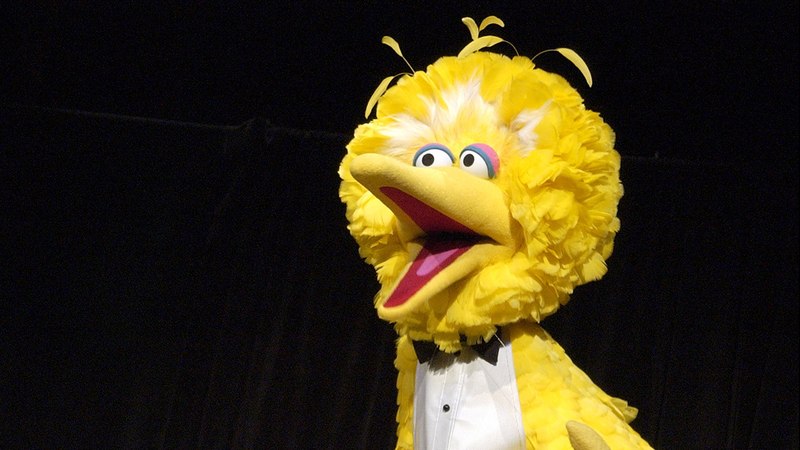 Big Bird is some kind of huge chicken who might have recently killed a person. He has to appear in court next week to stand trial for murder. Unfortunately, Big Bird has no idea how you’re supposed to behave in court, and if left to his own devices he will cause lots of problems for himself. He needs some coaching. Can you teach Big Bird to act appropriately during his upcoming murder trial? Take this quiz to find out!

Right off the bat, it’s important to know that Big Bird is accused of killing an ambassador from the French Consulate in New York City. The man was discovered disemboweled and a huge pile of big yellow feathers was found next to the body along with the words “Bag Bird” written in blood. How would you advise Big Bird to explain away this evidence?

One thing that’s important to know about Big Bird is that he’s obsessed with teaching lessons. This makes him a good fit on Sesame Street, but when he’s not on Sesame Street he carries around a trash bag filled with a large assortment of spiders, cockroaches, and other insects whom he refers to as “his students.” Periodically, Big Bird will open up the trash bag filled with bugs and shout educational things into it like, “The Letter J is coming to kill me!” or “French is just Spanish spoken in a deeper voice!” If he pulls this shit in front of a jury, it’s not going to win him any goodwill. How would you discourage this behavior?

According to Big Bird, his alibi for where he was at the time of the murder was that he was, “Looking at Elmo.” Elmo cannot confirm whether or not this is true because he says that on the night of the murder he was in an unconscious trance-like state brought on by the music of Frank Zappa, so Elmo has no memories of what happened that night. How would you suggest Big Bird alter his alibi?

When Big Bird is in a large group of people, such as a courtroom, he likes to perform what he calls his “Special Trick.” To perform his Special Trick, Big Bird lays an egg on the floor and sits on it for about 15 minutes. Then the egg hatches and a human arm crawls out. Big Bird picks up the human arm and uses it to slap people in the face. Big Bird’s Special Trick is disgusting and violent, and he should not do it in court. How would you discourage Big Bird from doing his Special Trick during his murder trial?

1. I would have Big Bird sterilized by a veterinarian or car mechanic in order to make sure he can’t lay any eggs in court.
2. I would tell Big Bird that everyone in the courtroom has already seen Gordon Ramsay do a similar trick on an episode of MasterChef, so if he does it nobody will be impressed.
3. I would tell Big Bird that he can make money if he sells his eggs on Craigslist, and he’s just wasting them by doing his Special Trick for free.
4. Big Bird’s Special Trick actually sounds really impressive. I would let him go for it. Maybe it will make the jury stand up and cheer.

One of Big Bird’s most serious problems is that he can’t tell the difference between himself and other birds. If he sees a regular-sized bird like a pigeon or something, he points at it and says, “That’s me. There I am.” Then he will try to eat the smaller bird while mumbling, “It’s me. I have to eat him.” It’s deeply unnerving to witness and if some kind of bird flew past the window of the courtroom during his murder trial, he would definitely alienate the jury with his bizarre behavior. What steps would you take to ensure this doesn’t happen?

1. I would stand outside the courtroom with a tennis racket to swat away any birds that get close to Big Bird.
2. I would explain to Big Bird that he is the only Big Bird and I would prove this by eating a family-sized bucket of KFC in front of him and showing him how when I eat the chicken, nothing bad happens to him because he is not other birds.
3. If a bird gets into the courtroom, I will put a nametag on it that says, “Hello, my name is Reggie,” so that when Big Bird sees the regular-sized bird he’ll say, “I thought that bird was me. But it’s Reggie.”
4. Big Bird is right. Those birds are Big Bird. Every bird is Big Bird.

Just a heads up, every so often, Big Bird’s eyes will roll into the back of his head and he’ll scream, “Today’s lesson was brought to you by the number 8!” and then a 50-foot-tall marble statue of the number 8 will emerge from the ground, destroying everything in its path. There’s no way to stop this from happening.

Okay, one last thing: Cookie Monster recently told Big Bird about the crucifixion of Jesus Christ, and now Big Bird is very afraid of hammers. When the judge bangs his gavel, Big Bird is probably going to shoot ink out of his ink sac directly into the judge’s face as an unconscious defense mechanism. How would you prepare Big Bird so that he’s not afraid of the gavel sound?

1. I would make Big Bird wear a pair of earmuffs in court so he cannot hear the gavel sound.
2. I would tell Big Bird that Cookie Monster was lying and that the Romans never crucified Jesus. I would tell him Jesus passed away at the age of 63 because he accidentally inhaled his own beard in his sleep and suffocated.
3. I would give Big Bird immersion therapy by showing him pictures of hammers for 12 continuous hours prior to his appearance in court.
4. Look, it’s entirely possible that the judge is going to use his gavel to crucify Big Bird. He has every right to be afraid.
All 7 questions completed!