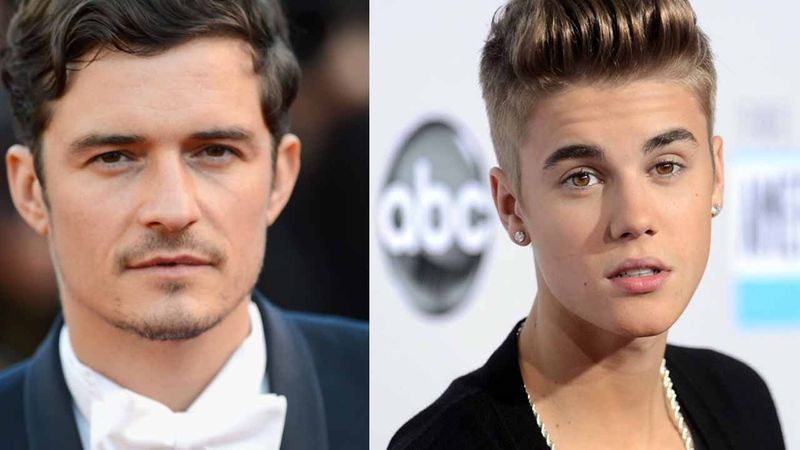 Bullying is an epidemic in this country, with many celebrities taking up the cause and becoming role models for anti-violence. Which makes it all the more disturbing that last night, while partying in Ibiza, Spain, actor Orlando Bloom allegedly walked right up to a weak and totally defenseless child who was in attendance and punched him.

Bloom, 37, is not just an adult who should know better. He’s also a public figure, with all the responsibilities that fame entails. As one of the stars of the all-ages Pirates Of The Caribbean and Hobbit franchises, many of his biggest fans are just children themselves.

While the grainy images of the incident reveal little, disturbing witness reports confirm that the small, fragile child—reportedly a singer and aspiring actor himself—was unable to do anything but stand by, paralyzed with fear, while Bloom, a full-grown man with years of stage combat experience, drew back his fist, swung, and connected, striking the tiny boy right in his face.

Here’s a video of the scene:

This is more than the assault of a child. This is a teachable moment for our nation. No matter how rich or how famous you are, there is no place in our society for violence against fragile children who have no ability to defend themselves and no capacity to understand why they’re being put in such a dangerous position in the first place. Of course, we have to wonder why this small little boy’s parents weren’t around to protect him when all of this was occurring.

Regardless, Bloom should and will be held accountable to the full extent of the law. In walking up to that utterly defenseless kid, Bloom confirmed society’s worst fears about the borderline psychopathic detachment of the rich and powerful. If the allegations prove to be true, punching that boy was an unforgivable, unimaginable thing to do. We are better than this. We are not a society of Orlando Blooms.

Hopefully, we can take some consolation in the fact that, were we in Orlando Bloom’s place, none of us would have done the same thing.