Coming Into His Own: This Coworker Has Officially Become One Of Those Guys Who Brings His Own Weird Little Gadget For Making Coffee In The Office 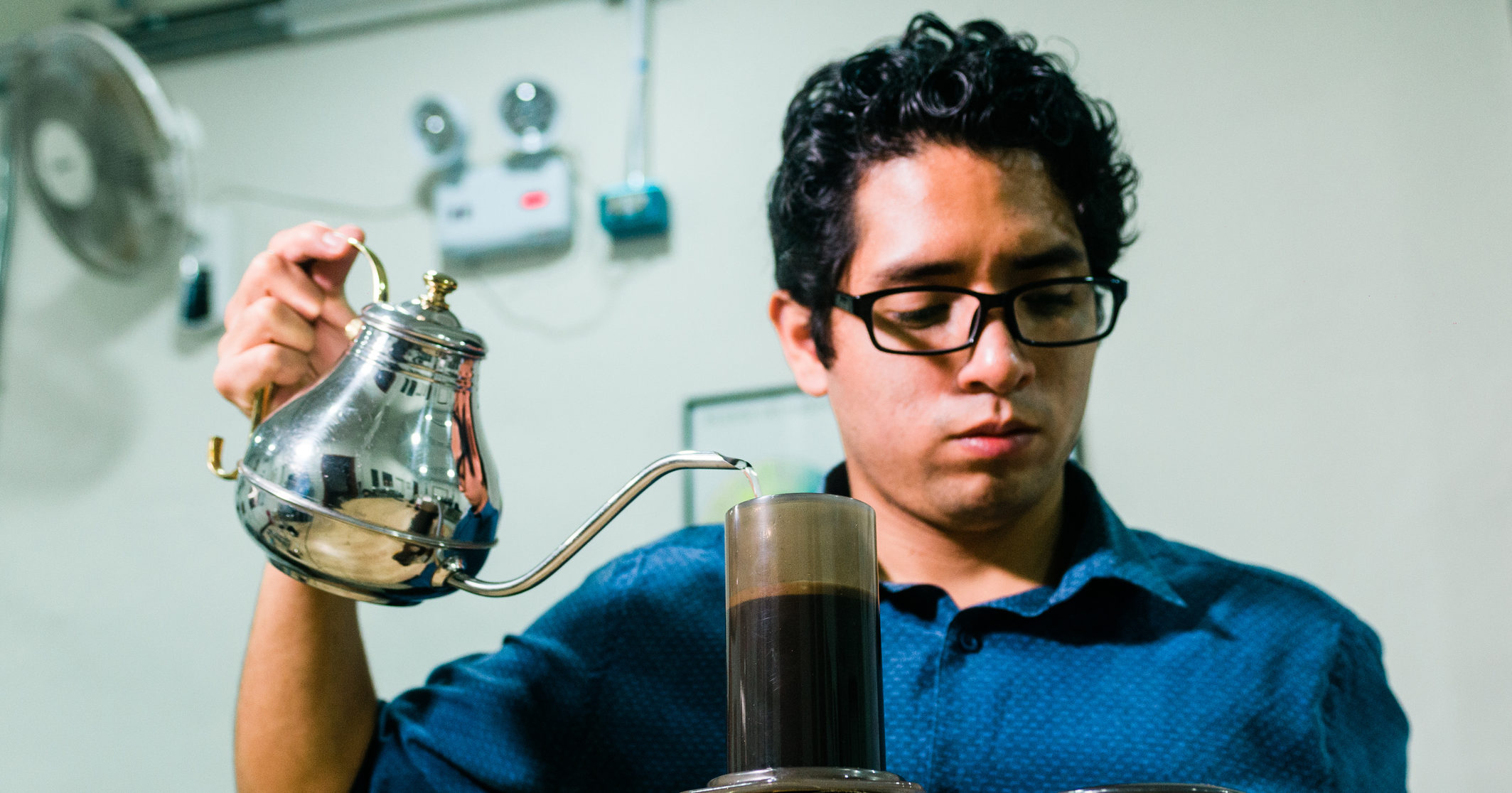 It’s always nice to see someone blossom into the person they were always meant to be, and one workplace is currently watching a longtime colleague finally set himself apart from the pack: This coworker has officially become one of those guys who brings his own weird little gadget for making coffee in the office.

Awesome! We don’t need to understand how the hell that thing works to know that we’re happy for him.

For most of his tenure with this company, 33-year-old Dave Stratford has been just another face in the crowd, taking his daily cup of joe from the communal office coffee-maker like everyone else, but that all changed one afternoon earlier this month when he unexpectedly busted out a mysterious zippered nylon case and somehow assembled the pieces it contained into an inscrutable little coffee-making contraption of his own. Since then, he’s completely forgone the uncomplicated reliability of the regular coffee-maker, choosing instead to delicately twist a bunch of interlocking parts together while setting multiple timers on his phone in an elaborate sequence that eventually produces exactly one cup of pretty normal-looking coffee. His coworkers probably never took him for a weird coffee gadget guy before, but seeing him diligently hunched over the break room counter, producing a mystifying array of squelching and hissing noises from his little gizmo, it’s hard to imagine he was ever anything else.

It’s amazing just how much Stratford has leaned into becoming a full-fledged office coffee weirdo. He’s constantly talking up the device to his uncomprehending yet polite coworkers, extolling the environmental benefits of his aftermarket stainless-steel mesh disk while conceding that the oil-absorption properties of the standard-issue papers can be a plus to some palates like anybody has a clue what any of those words mean. Just a few weeks ago he was indifferently knocking back cups of the regular old office coffee without any apparent complaints, and now he’s carefully sipping his bespoke brew, reflecting deeply on its body and acidity, and sagely diagnosing in a quiet voice that he either over-agitated the grounds or failed to sufficiently pre-warm the cap. This baffling coffee thingy really seems to have unlocked something in Stratford, and while no one’s any closer to understanding exactly what “the inverted method” is or why it was such a game changer for him, that newfound sparkle in his eye and bounce in his step whenever he gets up for a coffee break is impossible to miss. He’s clearly transformed himself into the bizarre kind of coffee man he was always meant to be.

You’ve really gotta envy someone who finds their niche like this.

Sure, Stratford’s probably never going to bring his peers around on the idea of learning all sorts of time-consuming, esoteric coffee bullshit when there’s a perfectly fine pot of it already sitting right there, but they can no doubt appreciate that he’s just trying to share the joy he’s found in this doohickey that apparently requires both significant upper body strength and a constant awareness of something called “bung deterioration” to operate. And in a way, those little mysteries like why Stratford keeps mentioning that his puzzling coffee gadget is made out of the same material as a frisbee-like toy that is somehow not technically a frisbee, or where those steaming little pucks of coffee grounds come from, well, they only make it clearer that this guy has truly staked out his role as the office’s resident coffee gadgetry freak.

Kudos to Stratford for officially making this his thing. Here’s wishing him many cups of adequate, weirdly labor-intensive coffee in the future!