Complete Disaster: This Middle School Had A Sex Ed Assembly About The Importance Of Microwaving Condoms Before And After Intercourse And The Guest Speaker Tried To Break A Cinder Block With His Head And Gave Himself A Concussion 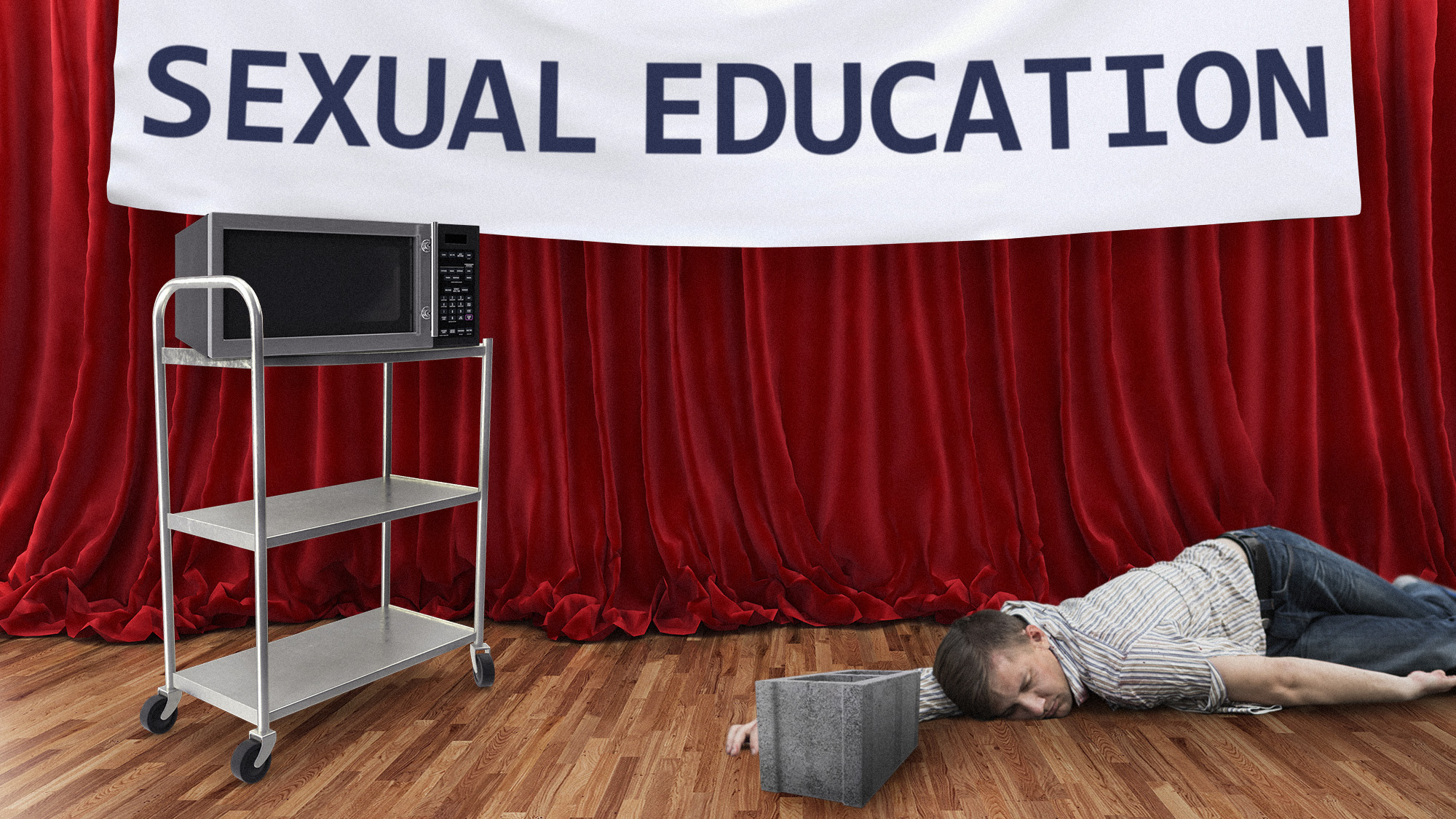 An absolute train wreck just unfolded at Lakewood Middle School in Bethesda, Maryland. All of the students were called into the gym for a sex ed assembly about the importance of microwaving condoms before and after intercourse and the guest speaker tried to break a cinder block with his head and gave himself a concussion.

Yikes. This is definitely an incident the school would like to forget.

At the beginning of the assembly, the guest speaker, who called himself “Internet Jeremy,” walked into the gym wearing a white-belt karate uniform and immediately began talking to the students about how putting a condom in the microwave for three minutes before sex and then microwaving the condom for 45 minutes after sex was an absolutely indispensable part of safe and responsible intercourse.

“Remember this rhyme everyone: Condoms in the microwave will save you from an early grave,” Internet Jeremy told the kids while playing the song “We Are The World” on a boom box. “If you only cook your condom before sex but not after, then I am going to come to your house and chase you around.”

Several minutes into the lecture, Internet Jeremy dragged a cinder block into the middle of the gym, told the children to “bear witness the power of microwaving condoms,” and then slammed his head into the cinder block in a failed attempt to break it with his skull. He collapsed to the ground and appeared to be in immense pain.

Sheesh, what a disaster.

Internet Jeremy then began stumbling around the gym holding his head and screaming, “Nobody have sex until I feel better!” at the students while “We Are The World” continued to play on repeat on his boom box. Eventually, the principal had to call an ambulance to take Internet Jeremy to the hospital, where he was diagnosed with a concussion.

All in all, this assembly was definitely not a constructive learning experience for the middle school students in attendance, and it’s safe to say that watching Internet Jeremy concuss himself has left them ill-prepared for responsible intercourse. Here’s hoping they have better luck with the next assembly!