Crisis: The Astronauts On The ISS Can’t Get Their Drug Dealer To Leave 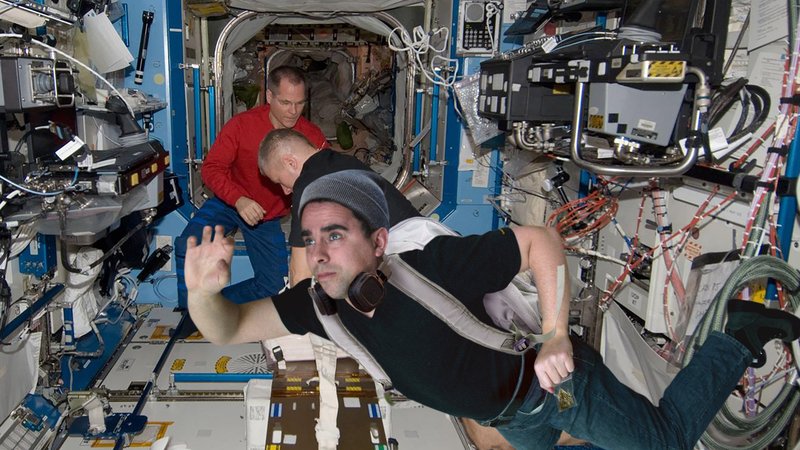 Living on the International Space Station leaves no margin for error. Even a small upset to the delicate balance of on-board conditions can have really serious consequences for the crew and its work. That’s why this latest news from NASA is so terrifying: After 17 years in operation, the entire mission of the International Space Station has been thrown into crisis because the ISS astronauts can’t get their drug dealer to leave.

Jeez, this is seriously bad.

What seemed initially like a routine rendezvous to purchase precisely 10.5 grams of recreational marijuana has rapidly become a nightmare for the crew of the 52nd International Space Station expedition. Mikey, the astronauts’ guy, arrived promptly at the pre-approved contact time of 7:30 p.m. (0030 GMT), to sell a few eighths at the predetermined rate of $55 each, which the crew considered totally reasonable considering the hassle of getting all the way out there. Almost immediately, however, Mikey began to loiter, monologue about his ex, and show the crew gnarly videos of his friend repeatedly crashing his bike into a parked car he’d saved to his phone’s memory, casting serious doubt on whether he intended to leave any time soon. And when he brought out a six-pack of Icehouse for himself and started working his way through it, the crew’s fears were confirmed: Mikey had no intention to exit the ISS at any point in the immediate future, and the astronauts were experiencing a full-blown crisis situation.

So far, all efforts to take control of the situation have fallen short. Attempts to resume normal scientific operations in order to imply it was time for Mikey to head out have proven impossible, as when Col. Jack Fischer tried getting to work on a zero-gravity fungal development experiment and the dealer immediately started asking whether he thought space mushrooms would taste different from Earth mushrooms. Mission commander Fyodor Yurchikhin attempted a head-on approach by politely but firmly steering Mikey toward an airlock and insisting the crew was very busy, but he was forced to back off when the dealer insinuated that he wouldn’t keep coming around if the crew members didn’t want to hang out with him a little. Yurchikhin’s maneuver may have even exacerbated the situation, as he inadvertently drew Mikey’s attention to the controls for the station’s Canadarm2 robotic arm system affixed to the outside of the facility, which Mikey began using to make the arm do a jerk-off motion in space as the crew watched helplessly.

Making matters worse, the crew has been forced to operate at partial capacity, as straight-edge crew member Paolo Nespoli sealed himself in the Unity module before Mikey arrived, and refuses to exit until he finally leaves.

Hours have now passed since the ISS crew actually picked up Mikey, and the situation has only deteriorated. His ramblings about how his pit bull, Morpheus, would love it up here and his idea for a sock-delivery startup have hampered communication efforts between crew members, forcing them to stand by without clear recourse as their dealer practices backflips in zero gravity while cajoling them into letting him try some “dry-ass astronaut food like from the museums.” The longer Mikey hangs around, the greater the risk grows of one of his butterfly-knife tricks damaging mission-critical instruments, or exhaust from his vape rig throwing off station atmospherics—catastrophic outcomes that are becoming all too likely.

If all else fails, the crew members may finally take drastic measures and resort to telling Mikey they just don’t like hanging out with him and that his weed is, like, 30 percent seeds and stems anyway. But to do so would leave them disastrously dry in the final months of their expedition. For the time being, it seems like all they—and we—can do is wait, and pray.