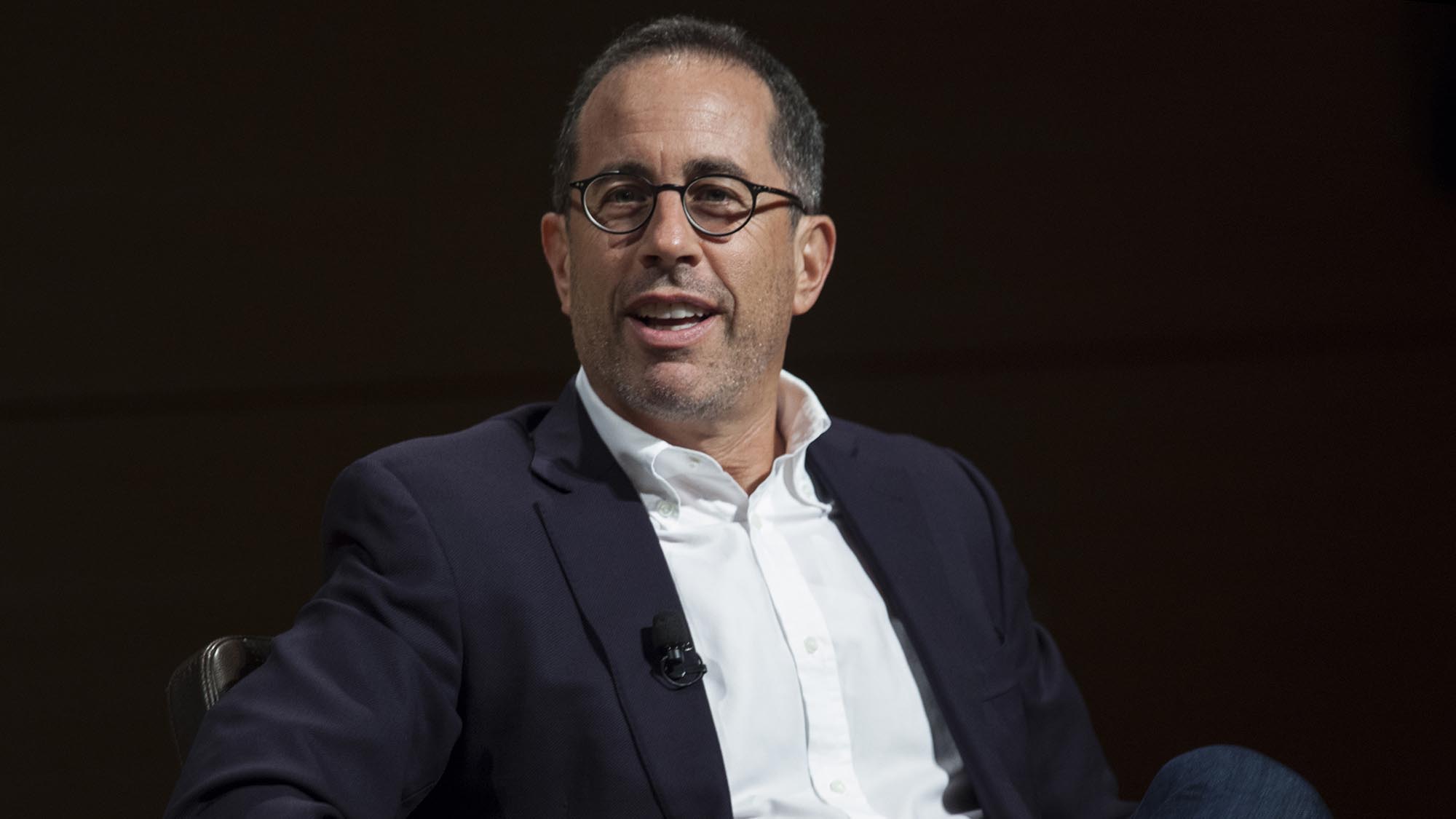 There are some truths that are best left unknown, horrific secrets that will shatter any mind that dares to learn them, and, tragically, one of the world’s most beloved comedians has precipitated his own undoing in pursuit of such forbidden knowledge: Jerry Seinfeld has gone completely insane after attaining full understanding of the deal with dry cleaning.

That poor fool! You really hate to see something like this happen.

After years of wondering about how dry cleaning works, Seinfeld recently ventured into a library and searched through dark and mildewing shelves of the reference section until he found an accursed book about industrial garment care. As he read the ancient tome, the hapless stand-up’s eyes widened in shock and tears streamed down his face while his mouth formed into a rictus grin of horrified delight. Hours later he put down the book and maniacally cackled, “I understand the deal now. I understand the deal with dry cleaning!”

Upon returning home, Seinfeld was a changed man from his usual jovial self. He began writing on the walls of his mansion in red pen, spending days without sleep scrawling the arcane methods behind dry cleaning on every available surface. Over the subsequent weeks Seinfeld’s hair grew unkempt, his nails long and yellow, but his clothing appeared cleaner than ever. Worried family and friends tried to talk to the unhinged celeb, but all they could get out of Seinfeld were maddened nonsensical explanations about how dry cleaning isn’t actually dry, despite not using water.

The final straw was an appearance Seinfeld made at the Comedy Cellar in New York, where instead of performing his usual tight five, he walked onstage and uttered the deal with dry cleaning. “Dry cleaning. Ever wonder about that?” began the comic. “Two words that completely contradict each other. To clean something, you must get it wet. Or must thou? Until now, its deal was shrouded in secrecy, but no more. I have unraveled the paradox of dry cleaning. I comprehend its whole deal. You, too, will be awakened to the deal, as I have been.” Seinfeld then spoke the deal with dry cleaning, causing everyone in the audience to go insane.

Many comedy fans stabbed out their eyes and ears with pens to avoid learning more of the deal with dry cleaning. Others ran out into the street to throw themselves into oncoming traffic and end their suffering. The truly unlucky Seinfeld fans sitting in the first row, who heard more of the deal with dry cleaning than others, are now trapped in a catatonic state, staring blankly into space, unable to move or say anything beyond “dry cleaning.”

For public safety, the legendary funnyman was committed to an asylum for life, and locked in a padded room. Seinfeld is now being forced to wear a straitjacket and muzzle to stop him from writing or talking so that the deal with dry cleaning cannot be spread to another victim and destroy their sanity—a horrible yet necessary protective measure.

What a devastating tragedy, beget from Jerry Seinfeld’s hubris! While this is an incredibly unfortunate outcome for both Seinfeld and fans of comedy, here’s hoping that the Bee Movie actor’s self-inflicted downfall will serve as a cautionary tale to prevent others from making similar mistakes in the future.