Did ‘Sesame Street’ Go Too Far Yesterday When Big Bird Dunked A Child In A Bucket Of Soapy Water And Used Him Like A Sponge To Wash His Boat? 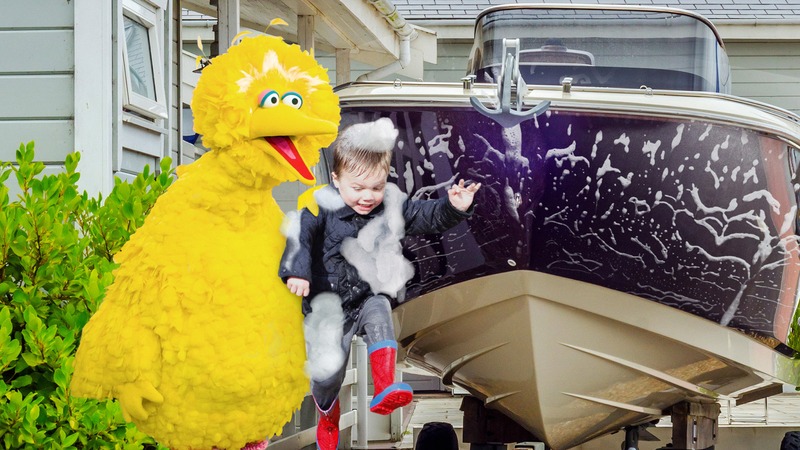 Sesame Street has been a beloved institution of educational children’s programming for decades, but a controversial segment on yesterday’s episode may have tainted its reputation for a long time coming. The episode showed Big Bird picking up one of Sesame Street’s child actors, dunking him in a bucket, and then using him as a sponge to wash his filthy boat, which begs the question, did the show go too far?

Yep, parents are going to have a lot of strong feelings about this one.

The scene that’s causing all the uproar showed Big Bird picking up a 4-year-old boy and forcefully dunking him into a bucket of steaming, sudsy water, then using the boy to scrub a thick layer of algae and grime off of his entire boat. The 12-minute scene included numerous close-ups of the boy’s bloodshot eyeballs, and featured a giant muppet singing a song in a brooding baritone voice with lyrics such as, “This is the only way to truly clean a boat,” and, “Every boy is a sponge,” for the entire duration.

Uh, is this really the kind of thing we want our children to be seeing? Unhappy parents are already voicing their concern on twitter, with many claiming the scene has given their children nightmares and made them afraid of buckets:

But not all parents see the scene as being problematic.

Which side of the fence are you on? Do you think it’s okay for kids’ programming to show children being used to wash boats, or does that go too far for you? This controversy is surely going to inspire some interesting debates on censorship, parenting, and what kinds of things we need to protect our kids from seeing. For now, all we can do is wait for Sesame Street to respond!