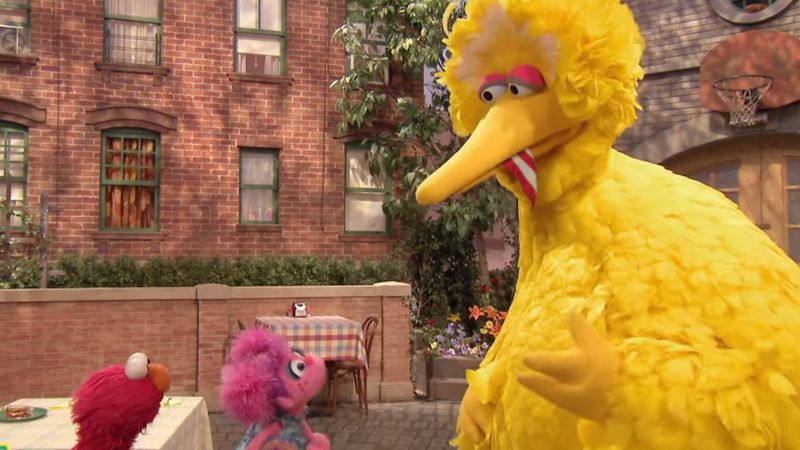 In 45 years on the air, Sesame Street has been no stranger to controversy, but did its producers really think they could air a segment of Big Bird eating the American flag and get away with it?

That’s exactly what millions of parents asked themselves yesterday when, in a scene in the middle of the episode, Big Bird suddenly pulled out a wadded-up American flag and chowed down on it with visible enthusiasm, stopping only to occasionally dip it in a cup of water. Outraged tweets erupted even before the iconic character had slurped down the last stripe:

Enraged parents. Confused children. Can Sesame Street hope to keep its audience after its star has eaten the flag?

“They crossed a line,” said Mary Keenan, whose petition to fine PBS has gathered over 25,000 signatures. “Sesame Street should be teaching my 4-year-old, not showing Elmo clapping and chanting ‘Yes! Great! Yes, great!’ as Big Bird devours our flag. No child should see that.”

“At first I was praying this was an on-set accident, or Big Bird going rogue, but this was clearly deliberate,” said Ty Pierce of Asheville, NC, who felt uncomfortable having to explain Big Bird’s actions to his twin daughters. “We’ve always been a Sesame Street family, but as of yesterday, that’s over.”

For its part, the Sesame Workshop has been quick to defend the segment, putting out a statement this morning that has done little to soothe those it outraged:

“Big Bird is always trying to do the right thing. Sometimes he makes mistakes, but he knows every mistake is a lesson. Children aren’t meant to imitate him, but to learn from his curiosity and earnest spirit. When we address uncomfortable topics, like we did yesterday, it’s that spirit that helps us handle them with the respect they require.”

What do you think? Did Sesame Street “go there,” or simply tackle a controversial issue like it often does? What flag would you like to see Big Bird eat next? Let us know in the comments.