Did They Run Out Of Powerful Women? This Children’s Book About Amazing Female Trailblazers Goes Right From Ruth Bader Ginsburg To Ms. Pac-Man 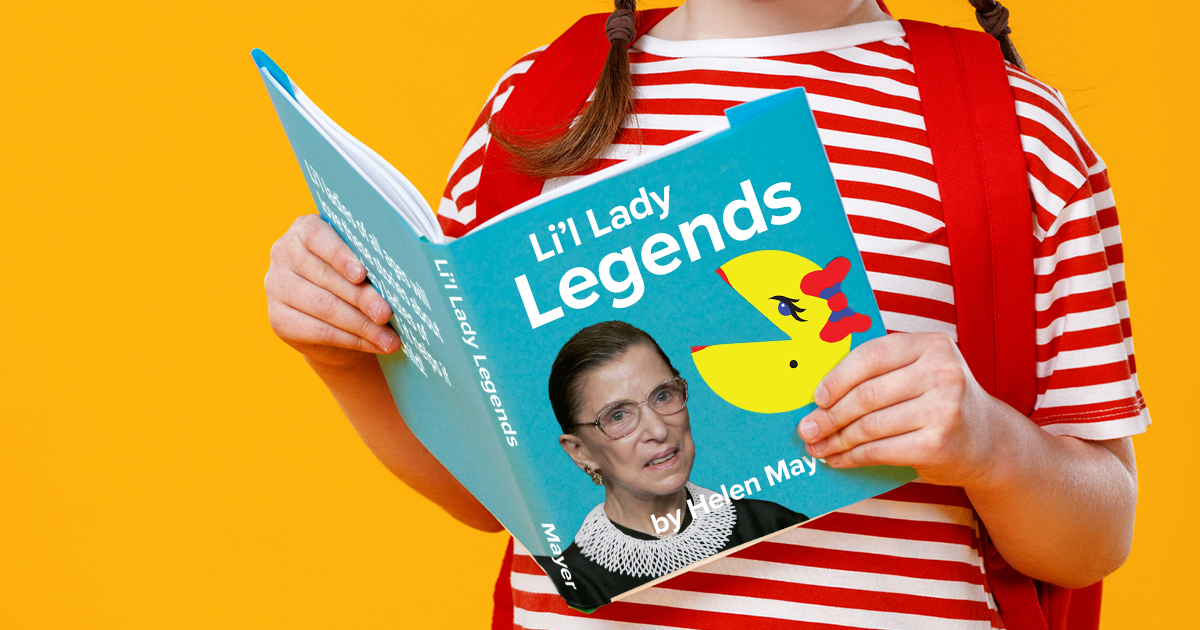 If you’re a parent young girls, you know it’s essential to read your kids books about the incredible female historical figures who paved the way for their own empowerment. But here’s a story about one book that kind of misses the mark in that regard: This children’s book about amazing female trailblazers goes right from Ruth Bader Ginsburg to Ms. Pac-Man.

Ms. Pac-Man? Seriously? Did they run out of powerful women or something?

The book, called Lil’ Lady Legends, promises readers “a kid-friendly look at 15 female pioneers whose incredible lives are sure to inspire your girlboss-in-training.” While the book starts strong with descriptions of the achievements of groundbreaking women like Amelia Earhart, Frida Kahlo, and Rosa Parks, it clearly loses its steam when, after the entry for Ruth Bader Ginsburg, it goes on to profile Ms. Pac-Man, who is neither real, nor a trailblazer, nor exactly a “woman.”

Huh. It really seems like they straight up couldn’t think of any other powerful female figure to put in the book, doesn’t it?

The blurb about Ms. Pac-Man explains that she’s “an independent woman who set out to prove that men aren’t the only yellow orbs who can zoom around a maze eating dots,” which, when put like that, does seem somewhat inspiring—but doesn’t entirely make up for the fact that in the end, Ms. Pac-Man is a circle from a video game, and her inclusion in this book seems lazy at the very best.  It’s nice, we guess, to remind kids that Ms. Pac-Man “was never afraid to be herself as she showed us all that wearing a bow and lipstick doesn’t mean you can’t avoid the ghosts,” but you have to think that the author of Lil’ Lady Legends blanked out on influential women in a major way if she decided to include a cartoon ball in high heels directly after a Supreme Court justice.

Good Lord. If you’re looking to get your kid a book about inspiring feminists, definitely see if you can find a different one instead. We’re not saying Mrs. PacMan isn’t an inspiration, but we’d like to think there are at least a couple successful women who could have taken her place.