Diplomatic Blunder: Donald Trump Keeps Calling Israeli And Palestinian Officials ‘The Class Of 2017’ And Telling Them To Follow Their Dreams 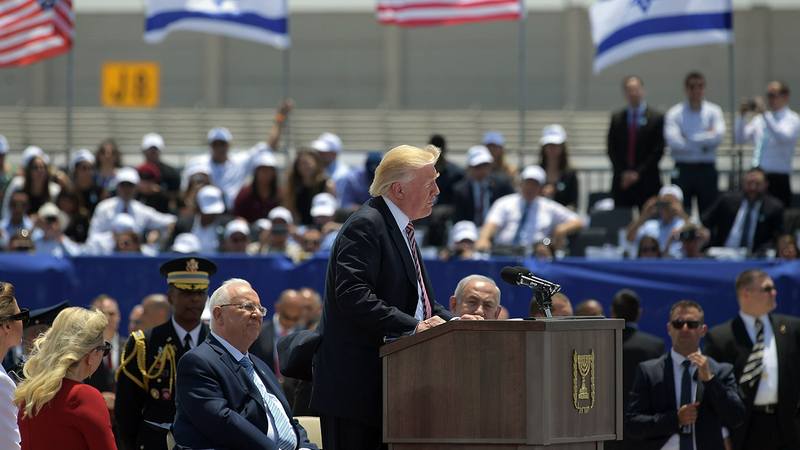 When President Donald Trump traveled to Israel this morning, many in the international community were hoping that he would be able to use his influence to help heal the long-standing and violent rift between Israel and Palestine. Sadly, it looks like Trump’s visit is off to a rocky start. Since arriving in Israel, President Trump keeps referring to Israeli and Palestinian officials as “the Class of 2017” and telling them to follow their dreams.

This is definitely a major international disaster for the Trump administration. In a dispute as volatile as the Israeli-Palestinian conflict, you simply can’t afford a misstep like this.

According to members of the Israeli press, President Trump squandered what could have been a major peacemaking opportunity when he stepped up to the podium in front of prominent leaders from Israel and Palestine and addressed them as “inspiring graduates” who were about to “embark on a new and exciting chapter of life in the real world beyond the classroom.”

To make matters worse, the president is showing no signs of correcting his error. According to those present at the president’s speech, he has referred to high-ranking generals in the Israeli Defense Force as “esteemed members of the student council” and looked directly at Israeli Prime Minister Benjamin Netanyahu and asked if he was the valedictorian since he was sitting in the biggest chair. Before Netanyahu could answer, Trump cut him off and said, “As I look over this sea of caps and gowns, I’m inspired by the dedication of this student body and honored that you would allow me to speak at your university.”

Trump then congratulated Palestinian President Mahmoud Abbas on four years of hard work, badly misquoted Robert Frost, and said, “My best wishes once again to the Class of 2017. Go forth and do great things.”

Yikes. The White House is definitely going to have to do some major damage control after this. If President Trump doesn’t stop addressing Israeli and Palestinian diplomats as “the Class of 2017” soon, he may not be able to salvage peace negotiations. Here’s hoping the president can correct this serious mistake as soon as possible.