Disgusting: ISIS Just Released A 2-Star Review Of ‘In The Aeroplane Over The Sea’ 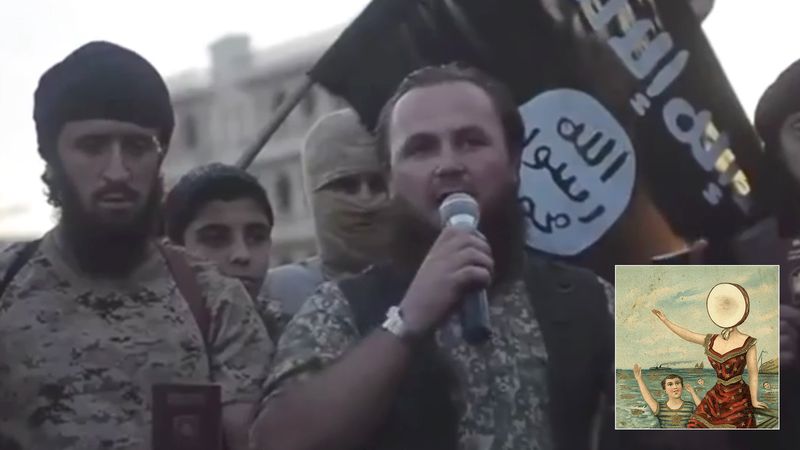 As ISIS continues to increase its deadly and destructive influence across the Middle East, it becomes increasingly clear that there is no act too atrocious for the terrorist organization, and its latest disgusting salvo proves just that. Earlier this morning, members of the Islamic State released a two-star review of Neutral Milk Hotel’s sophomore album, In The Aeroplane Over The Sea.

According to reports, the devastating 500-word review, which appeared online at 7:45 a.m., attacks nearly every aspect of the 1998 indie album, again showing that ISIS is capable of anything.

Here is a particularly brutal excerpt from the lengthy review:

Sure, there are some okay tracks. The horn riff intro to “The King of Carrot Flowers Pts. Two & Three” is catchy enough. The production and arrangements are okay. But the fact remains that in the end, this album simply does not live up to all the hype. To everyone who heralds it as a lo-fi pop landmark: It. Just. Isn’t. That. Good.

In the hours since the review’s release, the CIA has issued the following statement:

“The Central Intelligence Agency strongly condemns the despicable cruelties committed by the Islamic State. These terrorists continue to prove that their ruthlessness knows no bounds, and we will do everything in our power to put their barbaric behavior to an end.”

We can only hope that someone will soon put a stop to ISIS for good. Until then, only time will tell how far the terrorist group is willing to go.