Dream Come True: This ‘Sherlock’ Fan Got The Surprise Of A Lifetime When Benedict Cumberbatch Left An Autographed Coyote Carcass On Her Lawn 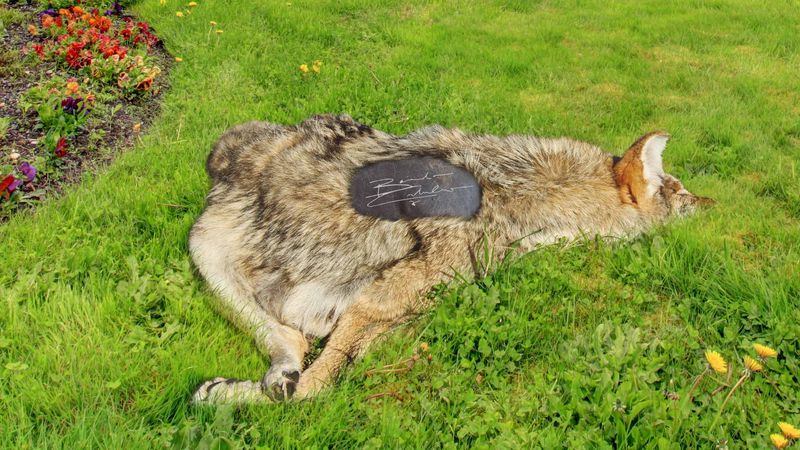 Well, it looks like we just found another reason to love Benedict Cumberbatch (as if we needed it!). The dreamy Sherlock star gave a big-time fan the surprise of a lifetime this week when he dumped an autographed coyote carcass on her front lawn.

While most stars are too wrapped up in their own egos, this Hollywood dreamboat took the time to drive by 16-year-old Jessica Norton’s house at 7 a.m. yesterday morning and throw the signed dead coyote out of the back of a moving pickup truck. He’s just that kind of guy!

Take a look at the amount of care put into making a fan’s week (or YEAR is more like it):

And this isn’t just any run-of-the-mill carcass either—the 38-pound adult male coyote is a beautiful specimen even without the Star Trek star’s John Hancock inscribed in a meticulously shaved portion just above the shoulder. This would certainly earn a pretty penny online, but there’s no doubt Jessica will be cherishing this one-of-a-kind token for years to come.

So, yeah, Benedict Cumberbatch has definitely earned himself a fan for life.

What an incredibly thoughtful coyote carcass. It’s good to see that Benedict Cumberbatch hasn’t let stardom go to his head; he really takes the time to give back to his fans. Take note, Hollywood—the bar has just been raised!