Emotional Moment: Robert De Niro Just Saw Himself In The Memoriam Reel, And Now He Can’t Get The Attention Of Anyone In The Oscars Audience 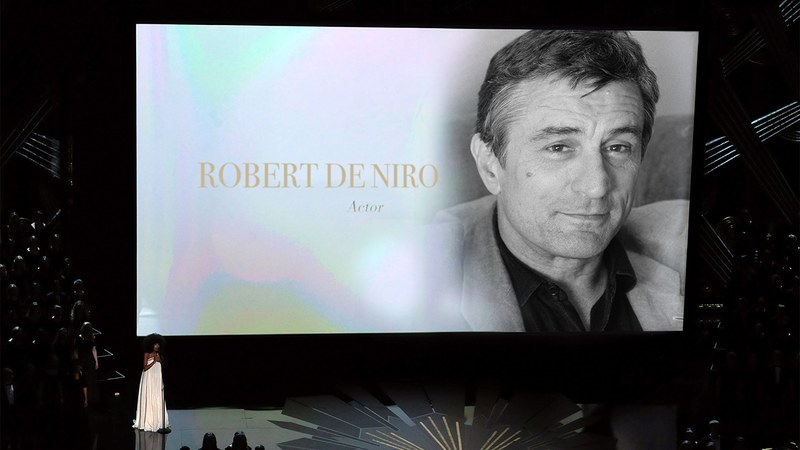 The in memoriam reel is always a somber occasion during every Oscars, and this year it’s hitting no one harder than Robert De Niro. The actor was surprised to see himself included in the montage of recently deceased Hollywood legends, and now he’s realizing he can’t get anyone in the Dolby Theatre to notice him.

De Niro was initially confused when a black-and-white photo of his face appeared in the reel, followed by a clip of him saying, “You talkin’ to me?” from Taxi Driver. The screen legend laughed his inclusion off as a mistake and jokingly waved to show everyone that he was still alive and well. When nobody looked at him, the Goodfellas star began to grow concerned.

He then turned and noticed his wife and children were seated together across the theater, openly weeping. This caused the Raging Bull actor to stand up and begin screaming, “Is this some kind of joke? I’m right here! What’s wrong with you people?” When this also failed to attract anyone’s attention, he turned to Edward Norton, who was sitting next to him, and tugged on his jacket. But this had no effect other than to make Norton shiver, as if a cold breeze had swept through the theater.

De Niro then left the theater in a daze, in order to get some fresh air. In the lobby, he ran into Alan Rickman, who greeted the Analyze This star warmly, causing the frazzled De Niro to breathe a huge sigh of relief that someone had finally recognized him. That relief turned to more anguish when De Niro began to remember details of Rickman’s passing back in 2016.

“I must be going crazy,” De Niro reportedly said to Rickman as he slowly backed away toward the doors of the Dolby Theatre. Rickman simply took a drink of the whiskey he had been swirling and said, “You’re not crazy, Robert. You’re just like me.”

Wow, there wasn’t a dry eye in the audience after that moving in memoriam reel. This is definitely an Oscars moment that Robert De Niro will always remember!