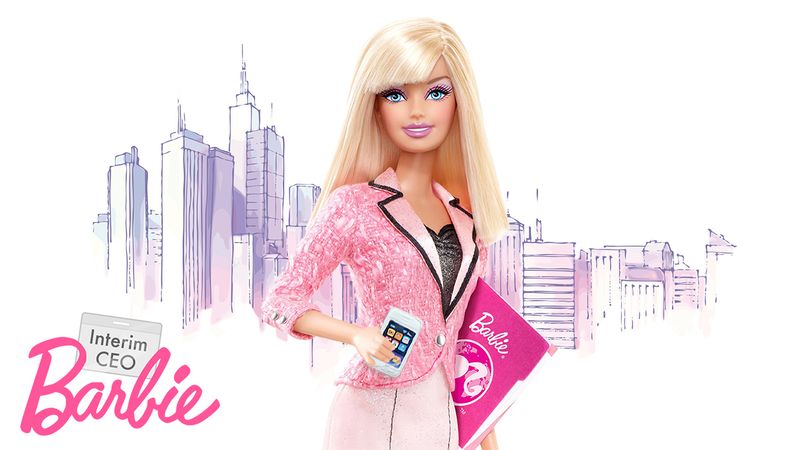 When it comes to female empowerment, Barbie dolls typically aren’t among the first images that come to mind. For years, the toy brand has rightfully been under fire for pushing dated and unrealistic portrayals of women onto young girls. However, the latest product from the makers of Barbie appears to be a big step in the right direction: Mattel just announced the release of a Female Interim CEO Barbie!

Dressed in designer black pants, heels, and a classic, tailored blazer, Female Interim CEO Barbie is the embodiment of class and confidence, ready to take on the most powerful role at the company while they search for new leadership. And unlike some past iterations, this Barbie is about more than just good looks. She’s the smart, savvy businesswoman that shareholders deserve to have at the helm until the board names the permanent CEO.

“When the concept first came up, the mandate was that this new Barbie needed to show girls that anything is possible,” said Mattel spokesperson Laura Masterson. “With Female Interim CEO Barbie, we’re connecting girls to a role model with the vision and drive to excel in a high-profile role for a transition period of six or seven months.”

Finally, a Barbie doll that parents don’t have to feel guilty about buying for their kids! Now, girls can use playtime to learn that they can go from senior VP to CEO and back again.

Only time will tell if this move can win over the brand’s many critics, but regardless, it’s refreshing to see a company like Mattel invest in giving young girls the examples of teamwork and temporary leadership they need.