Encouraging Teamwork: ‘Apex Legends’ Has A Button That Lets Players Easily Announce They Have Diarrhea And Won’t Be Shooting Anyone For A Few Minutes 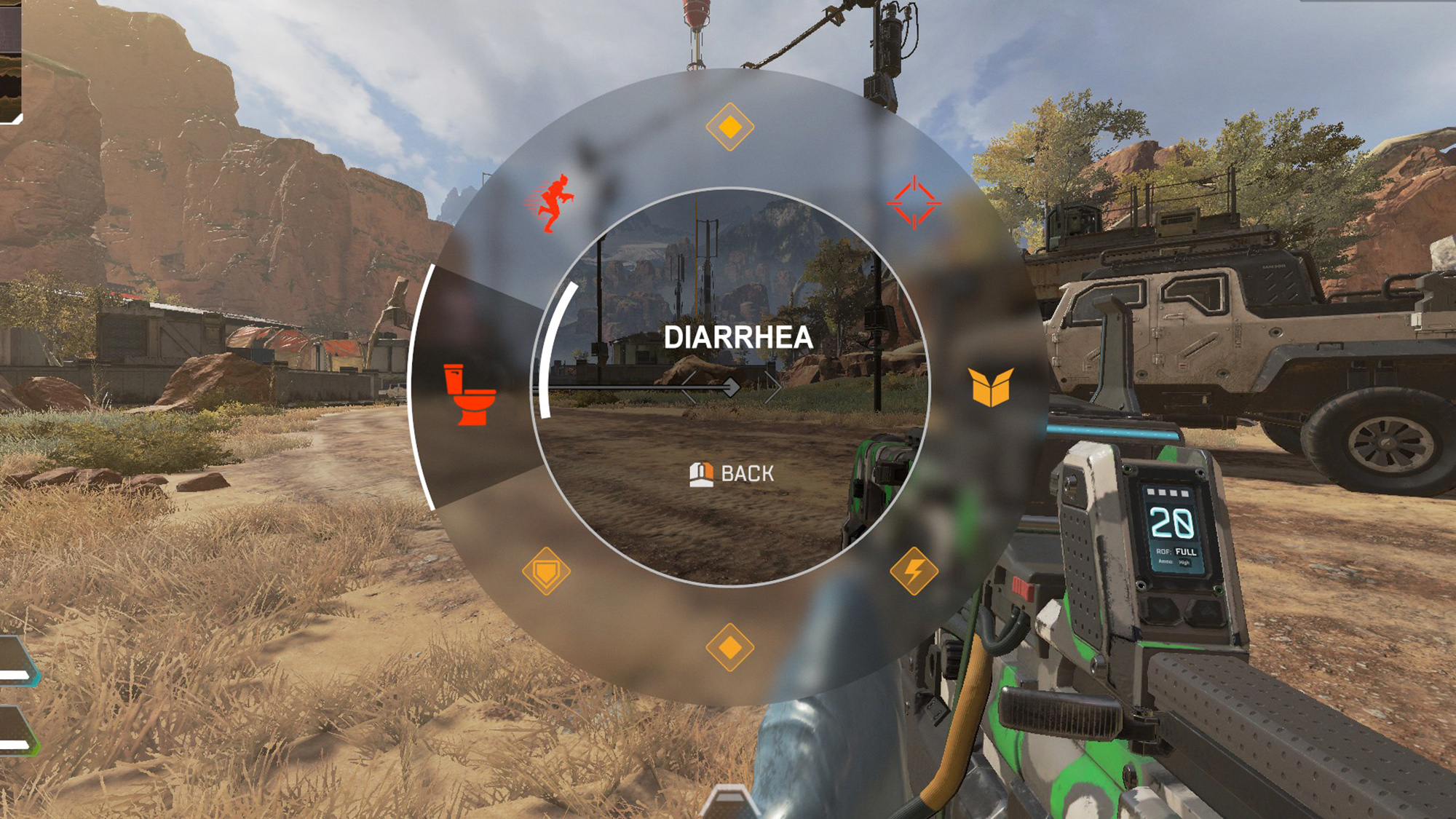 Apex Legends has quickly become the hottest new battle royale game on the market, and one of its best features is an innovative ping system that makes communication a breeze. Teamwork is easy in Apex Legends because the game has a button to announce you have diarrhea and will be too busy sitting on your toilet to shoot anyone for a few minutes.

Game developer Respawn Entertainment deserves a round of applause for making it so convenient to let your teammates know you have a bathroom problem and they can’t rely on you for a while!

With one press of the diarrhea button, your character will shout a context-sensitive message like “about to lose control of my bowels” or “heading to the restroom for a lengthy stay because of an emergency.” A brown toilet icon will then flag your avatar as inactive, and they’ll perform a character-specific emote like clutching their stomach in gastrointestinal distress, allowing other players to tell at a glance that you’ve run to the toilet and won’t be participating in combat for the foreseeable future.

The innovative diarrhea signaling system Respawn Entertainment has come up with is so effortless that it’s actually superior to using a microphone. In the time it takes to say a clunky sentence like, “Hey team, I have diarrhea and will be on the toilet for at least 10 minutes and probably much longer, so I won’t be able to help out our team with my gun because I’ll be evacuating my bowels instead,” you could instead have instantly hit one button and already be frantically unbuckling your pants as you run towards the bathroom. The time saved by using a diarrhea ping could mean the difference between successfully reaching the toilet or shitting your pants, which gives Apex Legends a serious advantage over other battle royale games like Fortnite or PUBG, which require you to give your teammates a lengthy verbal warning that you’re about to have diarrhea.

Then, when the diarrhea stops, you can jump right back into combat by either erasing the diarrhea ping or replacing it with the “more diarrhea soon” ping, which indicates that your toilet ordeal is far from over, but you have a few seconds away from the bathroom to help out your team before the next wave hits you.