Environmental Win: Starbucks Is Doing Away With Plastic Cups Entirely And Will Replace Them With A Giant Trough That Customers Can Drink Coffee Out Of 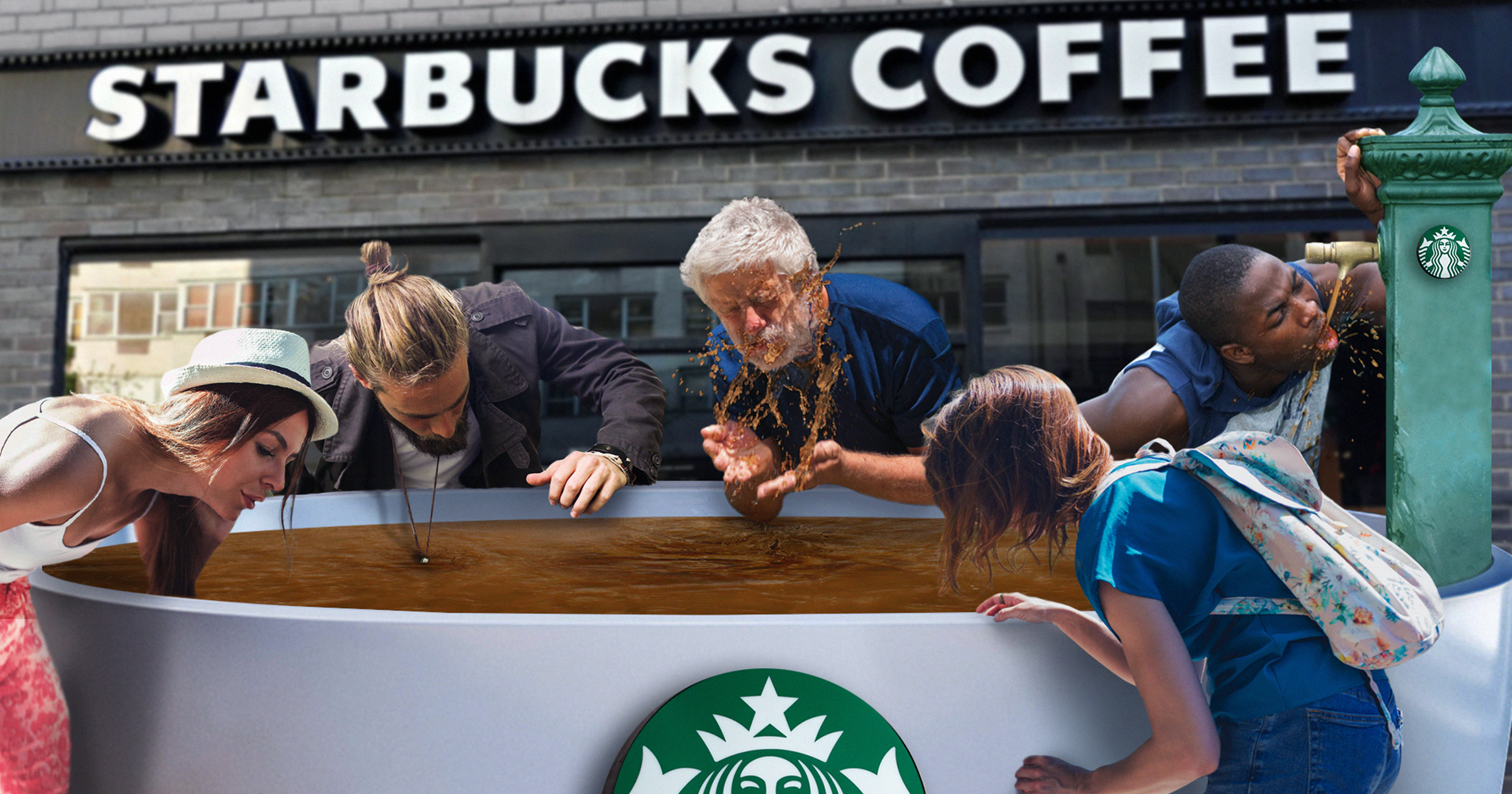 While the environmental issues our planet faces may be daunting, there is some good news, because one huge corporation just announced a change that will cut down on unnecessary waste in a major way: Starbucks is doing away with plastic cups entirely and will replace them with a giant trough that customers can drink coffee out of!

Yes! We are so here for this!

Starbucks CEO Kevin Johnson announced the change in a press conference earlier this week, where he let customers and stockholders know that beginning in a month, Starbucks locations all across America would remove wasteful, single-use coffee cups and replace them with a large, in-store metal trough that customers can kneel down and lap their coffee out of. “We are committed to being a part of a more sustainable society, and that’s why we engineered these incredible reusable troughs, which up to ten customers can stick their faces in at a time,” he explained. “Our customers can still expect the same delicious coffee from us, but instead of buying it cup by cup, they will walk into our stores, pay $4, and wait for one of our baristas to dump several gallons of coffee into the trough and ring the coffee bell. Then, customers young and old will be able to jockey for a spot at the trough and lap up as much coffee as they can before the bell rings again and the feeding period ends.”

Now, this is fantastic! It’s so great to see a company like this take a stand to protect our planet!

Johnson went on to assure Starbucks lovers that they would still be able to experience their favorite specialty drinks at the new coffee troughs. “Our incredible baristas will be able to squirt syrup and whipped cream into your mouth while you drink from the trough upon request,” he said. “And customers don’t need to worry about fights or stampedes, as our staff has been equipped with state-of-the-art cattle prods to break up any physical altercations would prevent Starbucks lovers from getting their caffeine hit.”

According to Johnson, the stainless steel troughs will hit Starbucks stores next month, once the company’s managers and baristas were trained in important maintenance protocols, like hosing the troughs down at the end of the day and rescuing any customers who may fall face-first into the troughs. Once this training is complete, customers can expect to crawl into their local Starbucks and sidle up to the enormous coffee receptacle to enjoy their morning cup of joe while feeling good about leaving a cleaner planet for our children.

Wow, this is awesome! It turns out you don’t have to give up your Starbucks habit if you’re worried about the environment! Instead, you can slurp up your favorite drinks from a Starbucks branded trough and know that you are doing a service to the natural world. How awesome! Let’s hope more companies follow suit with this kind of environmental initiative!