Epic Clapback: Wendy’s Posted A Sassy Tweet About Burger King Freezing Its Beef, And The CEO Of Burger King Responded With A Video Of Him Killing Himself 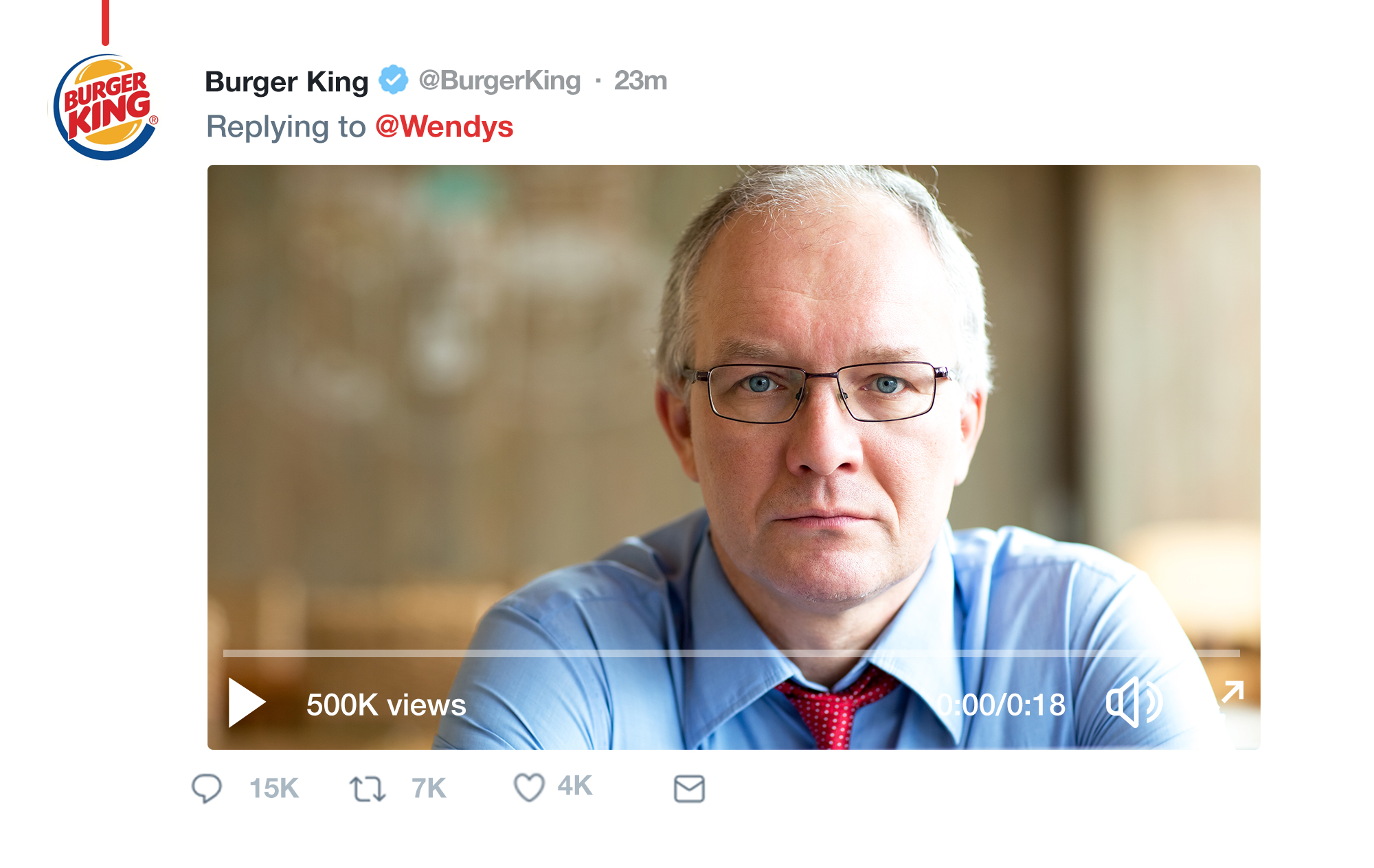 Wendy’s social media game is usually on point, but today it got schooled by its rival Burger King. After Wendy’s mocked Burger King for freezing its beef, Burger King’s CEO responded with a video of him killing himself.

Flame-broiled beef, meet flame war. Wendy’s started the tiff by tweeting, “Wendy’s beef is never frozen, unlike Burger King. Looks like we get the crown for freshest ingredients.” That tweet seemed like a perfect burn on Wendy’s fast food rivals, but just an hour later, Burger King responded with a video showing its CEO silently staring directly into the camera for 10 seconds and then shooting himself in the head.

Epic! That’s how you win the battle of the burgers!

It’s going to be hard for Wendy’s to top that public suicide, but you can bet it’ll be posting more sass on Twitter before long. Still, for today at least, it seems like Burger King is getting the last word by having its CEO off himself on camera in the most epic way possible. Hail to the king, baby!