Facepalm: Reince Priebus Just Got Caught In One Of The Hundreds Of Booby Traps Steve Bannon Has Set For Immigrants In The White House 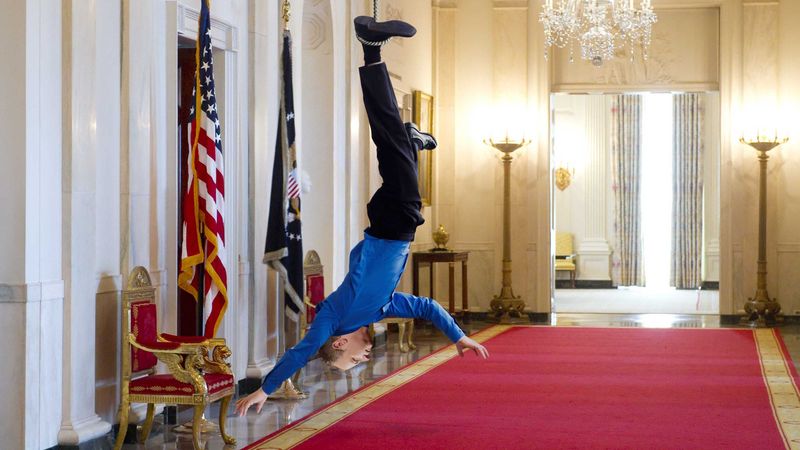 Well, this proves that the Trump White House is in complete chaos.

Between officials jockeying for access to Trump’s ear, disastrously rushed rollouts of sweeping executive orders, and plummeting approval ratings, nothing in the new executive branch seems to be running like it should. And now, just to put a fine point on it, Reince Priebus is stuck dangling from the West Wing ceiling after he was caught in one of hundreds of booby traps that Steve Bannon set for immigrants all over the White House.

Total facepalm. Clearly, these guys just aren’t on the same page yet.

Priebus had arrived for a meeting at the White House this morning, but in typical Trump-administration fashion, he was completely unaware that Trump’s counselor Steve Bannon had spent the previous night rigging up hundreds of elaborate booby traps to capture or disable any immigrant who set foot inside. While Priebus’ long stride kept him from unwittingly setting off any of the pressure-plate-activated dart traps around the White House entrance, it wasn’t long before he stumbled over a trip wire and caught a blast of sleeping gas to the face out of the mouth of a bust of Calvin Coolidge. Woozy from the gas, Priebus staggered right into a snare and was hoisted high in the air by his left ankle, leaving him trapped. If he were a non-Christian foreigner, Bannon’s traps would be working perfectly; instead, he’s caught himself a chief of staff.

In a normal administration, the president’s advisor would have to get approval through the proper channels before meticulously setting up hundreds of swinging hammers, false floors, and ankle-binding bolas specifically installed to impede immigrants from getting anywhere near the West Wing, but Trump’s is no normal administration. Instead, Bannon acted unilaterally, employing his trademark cunning as he single-handedly laid out a diabolical maze of traps, along with copies of the Quran, fake doors labeled “MECCA,” and the wafting scent of za’atar to lure any immigrant who sets foot in the White House toward one of his contraptions. And if things didn’t seem dysfunctional enough already, he only distributed maps for navigating his immigrant-booby-trap labyrinth to a select inner circle, leaving rivals like Reince in the dark. Trump better keep an eye on his advisor, because Bannon’s made it clear that he’s willing to act first and ask questions later.

Though Priebus has managed to regain consciousness, he’s got to be pretty embarrassed about ending up in such a compromising position. He thought he’d caught a lucky break an hour later when he spotted General Jim Mattis at the far end of the hallway and started shouting for help, but the secretary of defense stepped past a laser sensor and ended up tangled in a weighted net, cueing a prerecorded tape of Bannon cackling and vowing to aggressively deport the “devious immigrant” he just ensnared. With Mattis captured and the blood steadily rushing to Priebus’ head, Priebus has only got a short window to figure out how to cut himself down before he blacks out. Good luck, buddy!

Yeesh, that’s basically the definition of a fiasco. If this is Trump’s White House after a couple of weeks, how they’re going to make it through four more years of this is anyone’s guess.