Finally! This Realistic Barbie Doll Comes With A Cabinet Full Of Plastic Bags 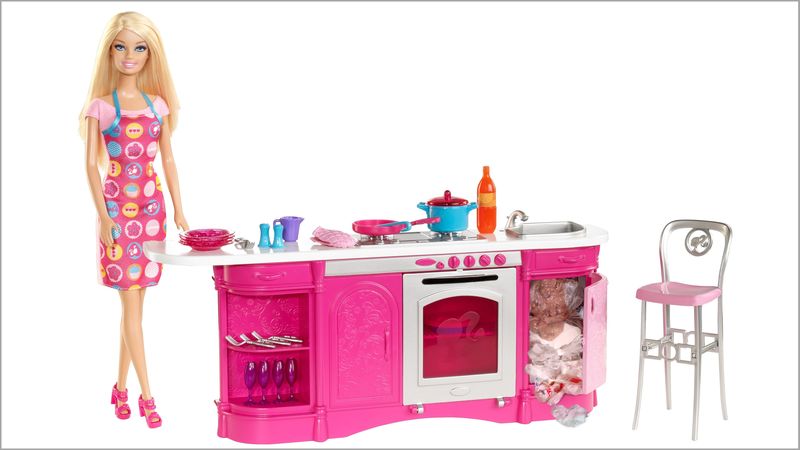 If you’re a progressive parent, you’re probably sick and tired of having to buy dolls for your kid that teach them to worship insanely unrealistic beauty standards. Thankfully, one creative designer has made doll shopping a whole lot less infuriating for all of us concerned moms and dads by creating a realistic Barbie doll that finally portrays women as they really are: with a cabinet that’s got a bunch of plastic bags crammed in it.

A mother herself, designer Antonia Wallis said she came up with the idea for the “Honest Barbie” after becoming disillusioned with the kinds of dolls that are usually sold in stores. Perfect little cookie-cutter clones, none of which come with cabinets stuffed with tons of plastic bags that have more plastic bags stuffed inside of them along with a bunch of old receipts, napkins, and the occasional soy sauce packet. These dolls just didn’t seem based on any real woman who Wallis had ever known, and certainly not any she wanted her daughter to emulate.

So, the determined mom took matters into her own hands and created the Honest Barbie, a progressive twist on the Barbie doll that is both fun to play with and teaches young girls that having a cabinet full of plastic bags that they shoved in there after the last 30 times they went grocery shopping is just as beautiful!

“My hope is that the girls who play with the Honest Barbie will grow up understanding that you don’t have to have gotten rid of all your plastic bags in order to feel good about how you look,” said Wallis, who has received so many orders for the Honest Barbie that she’s already started working on an “Honest Ken” doll that also comes with a cabinet fully loaded with hundreds of plastic bags. “Real women are unique, imperfect, and often have a cabinet that is stuffed to the gills with a bunch of plastic bags, some of which they’ll probably use for the tiny bathroom trash can, while the vast majority will just sit there forever because they’re not totally sure if they can recycle them or not.”

“And that’s still beautiful,” she added.

Amen! This innovative momma is changing the world with her feminist reimagining of the traditional Barbie doll, and we can’t wait to buy one for all the young women in our lives!