Gender Equality FTW! NASCAR Just Announced That It Will Add A Special Nursing Race Car For Lactating Mothers To Pump In Privacy 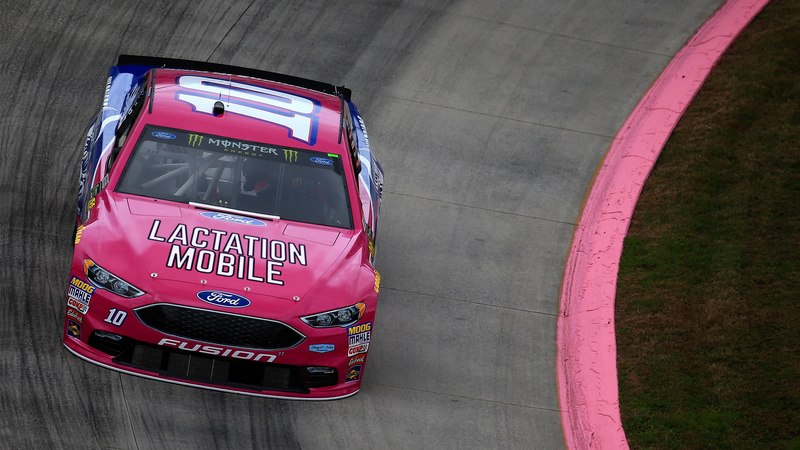 For a sport known for its high-octane masculinity, NASCAR is making an amazing effort to cater to female fans. The auto-racing association announced that it is adding a nursing race car onto the track where lactating women can pump breast milk in privacy.

In a world that often ignores the needs of mothers, this truly is a thoughtful and long overdue race car!

Women looking for a quiet and comfortable space to pump milk during NASCAR races need only flag down the pastel pink vehicle speeding around the track at 185 mph. The nursing car will then briefly slow down to 10 mph, so the mother can run alongside the car and hop in the backseat. Aside from the convenience of being able to leap into the race car whenever they need to express milk, it’s also a symbol of inclusion that mothers will truly appreciate.

Inside the race car, NASCAR is promising a warmly lit and soothing environment, with privacy screens that can be pulled down to cover up the windows and create a partition from the driver. The interior of the car reportedly has an electrical outlet to power breast pumps, a Koala Kare changing table that unfolds out of the driver’s seat back, and a mini-fridge beneath the passenger’s seat to store bottled milk until the car crosses the finish line.

This is a huge quality of life improvement for mothers, who previously were forced to pump milk in public restrooms at NASCAR stadiums because there were no better alternatives. A pit crew is standing by to clean and sanitize the car between uses, and can mop up spilled breast milk from the seats and refill the diaper and wipe dispensers in under 10 seconds. That’s certainly much better than waiting in a long line for a toilet stall!

As another particularly considerate gesture, NASCAR also placed complimentary adult- and child-sized racing helmets in the car to protect both mother and infant in case of an auto collision.

NASCAR deserves a round of applause for showing that motherhood should be celebrated and accommodated, not ignored or shunned. It’s good to know that from the Brickyard 400 to the Daytona 500, nursing mothers will always be welcome. And that is something to cheer.