Girl Power! American Girl Has Released A New Doll Who Was Alive During The Civil Rights Movement But Didn’t Really Help At All 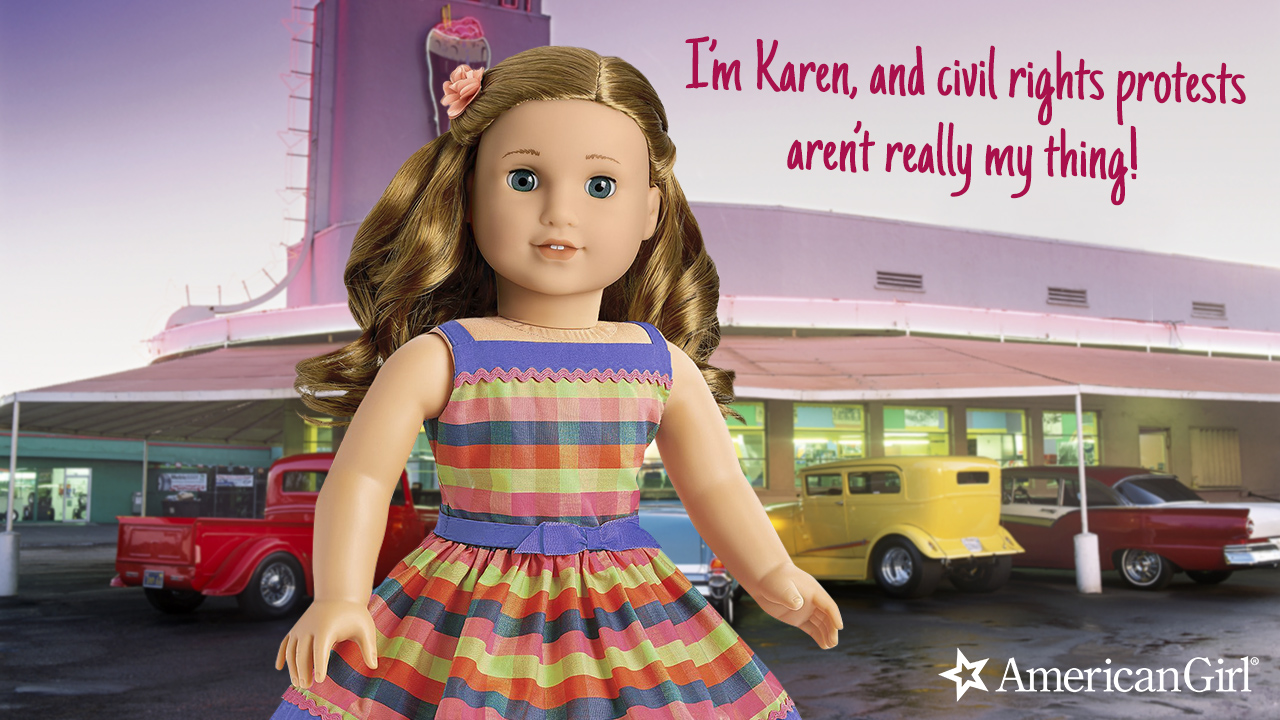 American Girl has long offered an amazing line of inspiring, spunky dolls that help teach young girls about women’s first-hand experiences with American history, and this new addition to their lineup is set to continue that tradition in the most amazing way possible: American Girl just released a new doll who was alive during the Civil Rights movement but didn’t really help at all.

Awesome! This is a perfect way for kids to learn about the thousands of girls and women who were kind of peripherally aware of what was going on with African Americans’ fight for equal rights, but didn’t exactly jump into the fray themselves.

The new doll is named Karen Holliday, and, according to American Girl’s promotional materials, she’s an ordinary girl living in Birmingham, AL in the late 1950s, where she loves climbing trees, playing first base for her school’s softball team, and thinking about how the Civil Rights Movement seems like a big deal but isn’t the kind of thing she would ever personally be involved in. One American Girl rep described Karen as a kind, spirited girl who has no problem with the fact that her school might be integrated in the coming years, but isn’t going to take to the streets to campaign for it, either.

How exciting. Girls everywhere are probably already begging their parents for this super-cool Karen doll, which even comes with a journal where she mentions that the Montgomery bus boycott was “very interesting” before moving on to detail the kind of dress she wants to buy for the big dance at school.

The Karen doll also offers other awesome accessories that bring alive what it was like to be a girl during one of the most pivotal times in American history and pretty much let it go over your head in favor of focusing on your own life. Her full set includes a newspaper with a front page story about Rosa Parks that she cut out in order to save a story about a local animal shelter from the other side of the page, plus a trophy that her softball team won in their all-white youth league.

Wow. What an incredible way for kids to learn about history! This Karen Holliday doll is likely to become an instant classic. Many girls are sure to relate to her story of being around but not really doing a ton during a critical point for minorities in America. American Girl FTW!