Go Ahead. Yank Long And Hard On The Pig’s Tail Growing Out Of My Son’s Rear End. Just Know That It Will Make His Heart Explode. 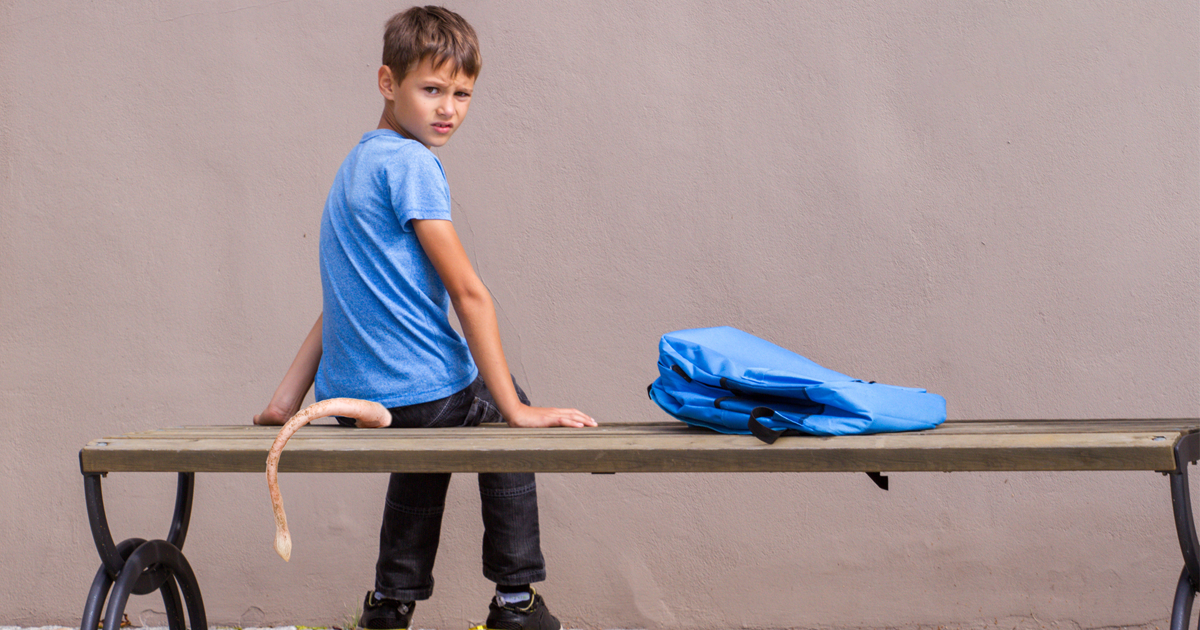 As the parent of a child who has a pig’s tail growing out of his rear end, I often get asked a lot of questions. “Can I give your son’s pig’s tail a yank?” “When can I give your son’s tail-of-the-hog a big, long tug?” “How many times can I pull your son’s pig-styled tail before you call the police?” All of these questions are valid, and I want to give people space to ask them, but to those people who come up to me with questions like these, I always have the same answer: Go ahead. Yank long and hard on the pig’s tail growing out of my son’s rear end. Just know that it will make his heart explode.

First, let me address a common concern that people have: No, my son’s pig tail did not sprout out of his rear end due to magic. My son has a pig’s tail because I looked into the sun for too long while my wife was pregnant with him. It’s a condition that doctors refer to as “Lou Gehrig’s Disease,” named after the baseball player Lou Gehrig, who invented it before he died of a different disease of the same name. Basically, if you stare directly into the sun for more than 45 seconds every day while your partner is pregnant, there is a 99 percent chance that your child will be born with a little pig DNA.

I know when you see my son’s pink curly tail waggling behind him as he struts to and fro, you’re overwhelmed by the desire to give that thing a big yank. And you know what? You should feel free. Grab my son’s tail-of-pig and pull on it as long and as hard as you can. I hope you have a good time. Just know that the second you yank it, his heart will explode like a water balloon hurled against a brick wall. You see, the pig tail connects to my son’s heart, and when it is yanked, his heart makes a noise that doctors have described as “Kaboom.” This is due to the explosion of his heart, which happens when you yank on his tail.

If right now you’re thinking, I’ve just got to get my hands on this boy’s pink, curly tail that is of a pig and tug on it all the live-long day, you’re not alone. People are always begging to give my son’s tail a yank. When I take my son to the supermarket, other shoppers say to me, “I’ll trade you this lettuce I haven’t even bought yet for a chance to yank on your son’s pig tail.” When I take my son to the cemetery so that he can memorize the names of the dead, mourners come up to me and say, “I’ll let you take a nap in the casket with my beloved dead old aunt in exchange for a tug on that heavenly pink curlycue your son’s sporting out of his rear.” When my son brings home his report card, his teachers write comments like, “Your boy does not understand math. Numbers are a riddle to him. Let me yank his tail as hard as I possibly can.”

Each and every time I get a comment like this I smile sadly and say, “Go ahead. You want this boy’s heart to explode because of what you yank (his tail), you may proceed.” If you approach me on the street, I will say the same to you.

My son’s rear end is his ass, and he has a tail-of-the-hog blooming out of it all hideous and pink like a hot dog growing out of radioactive soil. He did not want to be born this way. All night long he kicks the back of my chair and asks me, “Dad, why did I have to be born with a pig’s tail?” And I tell him, “It’s your own fault for being born on a planet with such a beautiful sun. I couldn’t stop looking at it while your mother was pregnant, and now you’ve got a pig’s tail.”

My son knows his heart will blow up if someone yanks on his tail. He seems to want it to happen. I caught him Googling the phrase, “How to get John Cena to kill me by yanking my tail harder than even God might be able to.” He wants his heart to explode so that he can take a siesta forever. But I won’t let him. I need him to live to be 100 years old so that he can become a basketball player and make millions for me. And so I say to you all: If you want to yank on my son’s tail, you can, and you should. In fact, you must. But if you do, just know that you’ll be making him happy and killing him at the same time, and you’ll be costing me millions in NBA money.

So step right up. Give my son’s tail a yank. The sound of him shouting, “Hooray!” will be drowned out by the sound of his heart going “Kaboom.” If you can live with that on your conscience, then you’re welcome to take his curly little curse in your hand and tug away.