He’s Back: Jeb Bush’s Poll Numbers Are Surging After His Name Was Discovered On The Vietnam Veterans Memorial 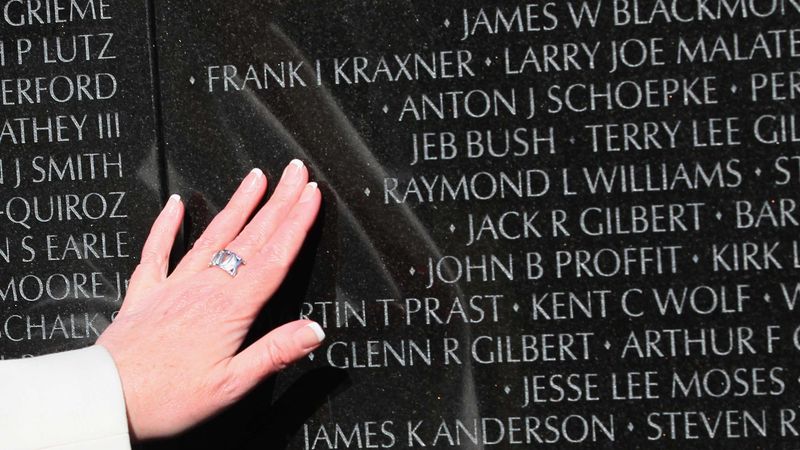 It seems as if Jeb Bush is finally having his long-awaited breakout moment: His name was recently discovered on the Vietnam Veterans Memorial, and his poll numbers have been skyrocketing ever since!

Yep, this is a game-changer!

Months into his 2016 presidential campaign, Bush had so far failed to captivate Republican voters the way Donald Trump and Ben Carson have. For now, he’s still trailing those two frontrunners in the polls, but after the revelation that his name is engraved in the famous Washington, D.C. memorial went public, he’s been gaining some serious ground!

Bush has been able to break away from the middle of the pack where he had appeared to be stuck, and is quickly closing in on third-place candidate Marco Rubio. If buzz on social media is any indication, he should have Rubio in his rearview mirror within days.

What a comeback! It’s hard to believe that just a few weeks ago, the Jeb Bush campaign was considered to be on the brink of failure. It’s pretty amazing just how far something like having your name on the Vietnam Veterans Memorial can go.

No matter what you may think of him, one thing is now clear: Jeb Bush is here to stay.