Heartbreaking: This Kid Is Being Bullied Because Her Family Is Only Subscribed To Peacock Premium With Ads Instead Of Its Ad-Free Premium Plus Plan 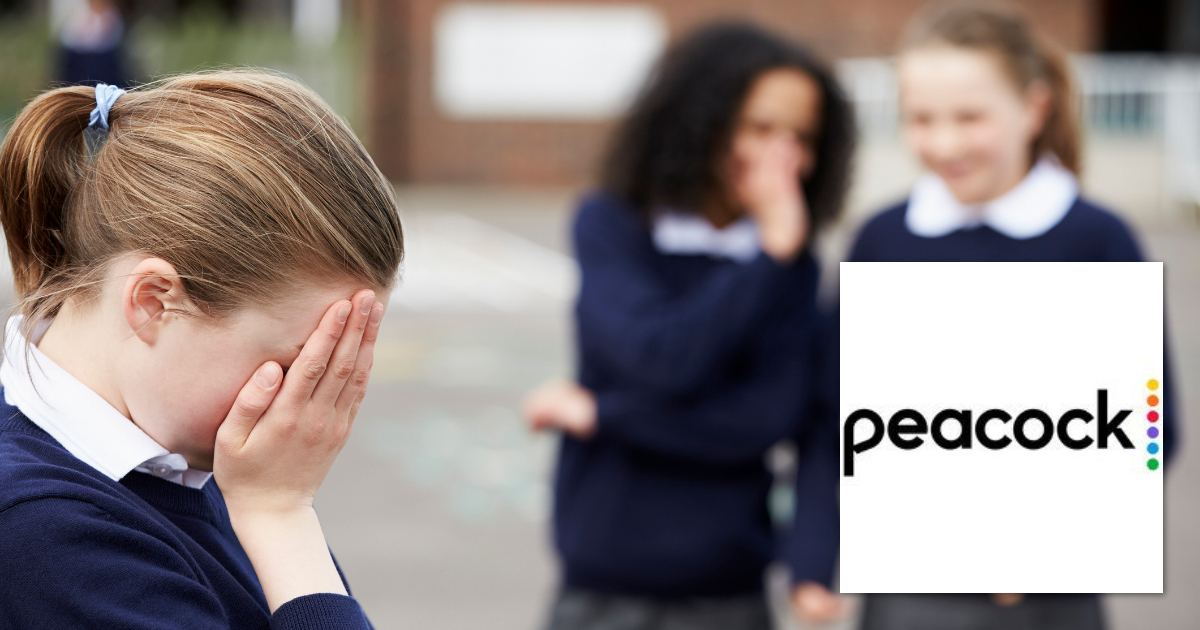 Bullying is a tragic epidemic affecting millions of kids per year, and this most recent example of a child being mercilessly tormented by her peers shows just how devastating it can be: this kid is being bullied because her family is only subscribed to Peacock Premium with ads instead of its ad-free Premium Plus plan.

When 13-year-old Lila Madario returned to school this year, she couldn’t wait to talk to her friends about all of the incredible shows and movies she’d been watching on Peacock, the new streaming service from NBC that debuted over the summer. Tragically, though, when she made a joke about all the ads she’d had to sit through while binge watching Zoey’s Extraordinary Playlist, her friends realized that Lila merely had the $4.99 Peacock Premium subscription, rather than the $9.99 Peacock Premium Plus (Ad-Free) plan, and they erupted into laughter as they mockingly asked how she even managed to get through one episode with all the ad breaks, let alone the whole season. Word that Lila only had a Peacock Premium membership spread quickly around the school, and as she walked through the halls later that day, she could hear students calling her a “commercial-watching loser” under their breath.

Since then, Lila has been on the receiving end of some relentless bullying by her peers. When Lila tried to join in on a conversation about the season 3 premiere of AP Bio, her classmate interrupted her and said, “You know, the scene where some lady was using a Swiffer for 30 seconds wasn’t part of the episode. That was an ad, Lila.” In another incident, Lila asked her friends if they wanted to come to a sleepover at her house and watch a rom-com like they did on most weekends, but one replied, “And watch the same commercial two million times during He’s Just Not That Into You? Yeah, right.”

Good God. This is just so sad to see. No one should be treated cruelly just because their family has the cheaper Peacock plan with ads.

Lila has tried to defend herself by reminding her classmates that not only does the Peacock Premium plan with ads plan have way more TV shows and movies than the Peacock Free option, but it also has the same 10,000 hours of content and early access to late-night shows as Peacock Premium Plus. Unfortunately, though, her efforts haven’t made any difference: just last week, her friends stopped letting her sit with them at lunch because they said their table was for “Peacock Premium Plus members” only. The next day, while Lila was sitting alone in the cafeteria, the student she’s had a crush on for years sat down next to her and asked if she’d seen the Gatorade commercial that shows up on Peacock, and when she said yes, he laughed in her face and said he’d never actually be the kind of poor loser who has to see an ad every seven minutes while watching Parks and Rec.

Since the bullying started, Lila has been begging her parents to upgrade to Peacock Premium Plus, but her parents, already set back financially by the monthly payments for Netflix, Disney+, Hulu, HBOMax, CBS All Access, and Apple TV+, have refused to change the plan. Lila even asked if it could be considered an early birthday gift, but her parents reminded her that she used that reasoning to get a month’s worth of $7.99 ad-free Quibi back in June to binge Chrissy’s Court.

This is all so tragic. Everyone should be treated equally, regardless of what Peacock plan their family has. Here’s hoping that Lila’s peers come around and stop treating her like an outcast for only having Peacock Premium sometime soon, and may we all one day live in a world where ugly bullying like this no longer exists!