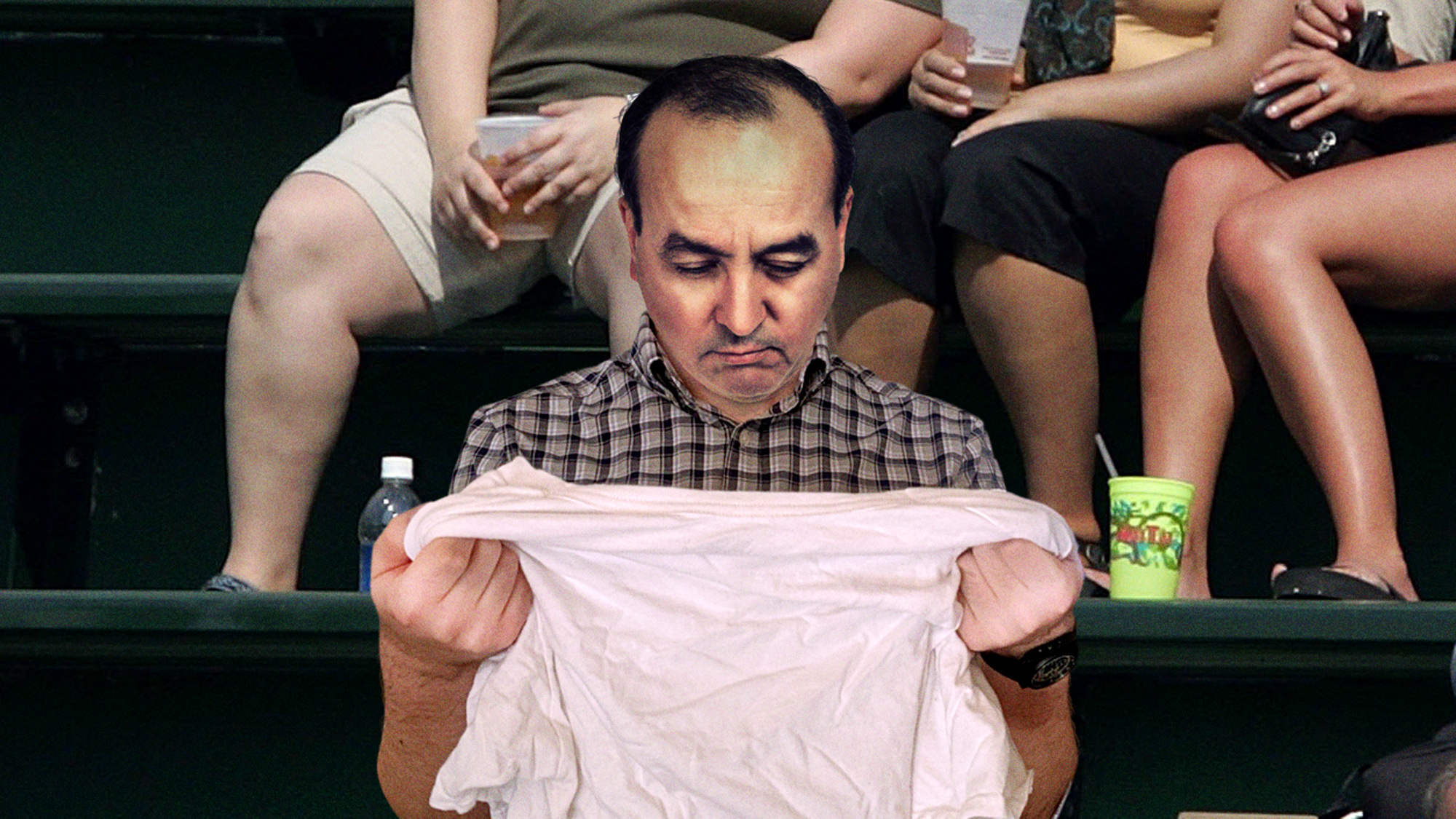 For almost his entire adult life, 34-year-old Brett Malone has dreamed of one day catching a T-shirt from a T-shirt gun at a sporting event. Sadly, Brett just learned the hard way that sometimes achieving your dreams can come at a terrible price: After 26 years of trying to catch one of the free T-shirts from the T-shirt gun, Brett finally caught one, but it had a picture of his wife having sex with the T-shirt gun guy on it.

Absolutely heartbreaking. You hate to see somebody go through something like this.

Brett should have been on top of the world when he at last caught a free T-shirt at last night’s Houston Astros game, a dream he’d had ever since he was 8 years old. But as the Jumbotron captured Brett dancing excitedly with the T-shirt in his hands, his joy was shattered in an instant as he unrolled the shirt to see that it had a photograph of his wife Leslie having doggy-style sex with the muscular, mustached T-shirt cannon guy emblazoned on the front. To make matters worse, as Brett examined the heartbreaking photo on the shirt, he spotted himself in the photo with his sleep apnea mask on sleeping next to his wife and the T-shirt cannon guy while they had sex on his marital bed.

Brett spent the rest of the game wearing the T-shirt depicting his wife’s infidelity and sobbing quietly to himself while his two young sons kept begging him to divorce their mother so that she could marry the T-shirt gun guy and they could live with him instead. Needless to say, this is not how Brett imagined the day he finally caught a free T-shirt in his mind.

You have to feel for Brett. Nobody should ever have to catch a free T-shirt that depicts his wife getting railed by the T-shirt gun guy. Here’s to hoping Brett keeps his head up and one day gets a cool free T-shirt that he can wear in public without crying!