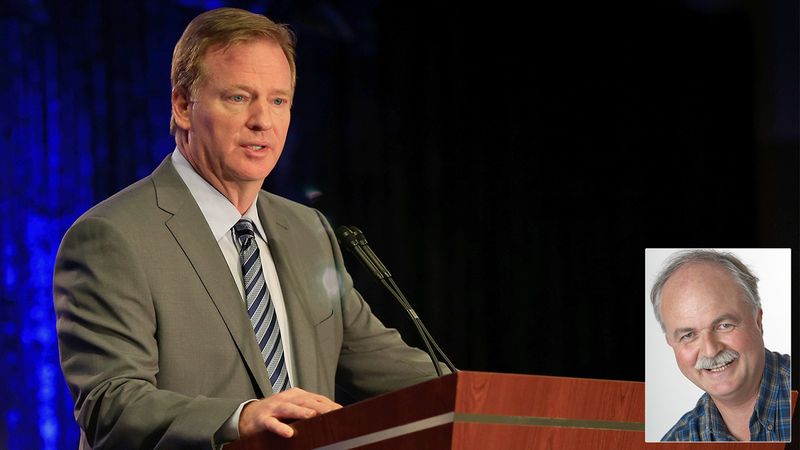 Whether you’re rooting for the Denver Broncos or the Carolina Panthers this Sunday, you’re going to need a tissue after you read about the NFL commissioner’s incredible act of kindness. When a lifelong football fan began to succumb to the final stages of terminal cancer, Roger Goodell visited him in the hospital and told him who’s going to win the upcoming Super Bowl.

Wow. What a beautiful way to say thank you to a lifelong fan. Way to go, Roger Goodell!

Cleveland native Patrick Sorenson was diagnosed with leukemia toward the end of last year and quickly gained an internet following with posts on social media talking about his life, his illness, and his love for the game of football. When Goodell heard that Patrick’s condition was rapidly deteriorating, he decided to bend the rules a little and do something special for the 47-year-old Browns fan. So, he visited him in the hospital and told him how the game would end, right down to the final score.

He even let him know who would be crowned MVP! What a guy.

“From what Roger Goodell told me today, Super Bowl 50 is going to be absolutely amazing,” said Patrick shortly after hearing a summary of how the game would play out from the NFL commissioner himself. “Being a football fan since I was a kid, it meant so much to be able to find out how it would end. I think you guys are going to love it!”

While everyone else has to wait until Sunday to find out who will win the big game, Goodell let Patrick sneak a peek at the game-day results, all out of the kindness of his own heart. And he timed it just right. Patrick passed away earlier this week, surrounded by friends and family. It’s nice to know that he didn’t leave us without hearing all the details of how Super Bowl 50 would turn out!