Heartwarming: When Steven Tyler Found Out There Was An Aerosmith Fan With Only 2 Weeks To Live, He Suggested A Bunch Of Better Bands She Should Check Out 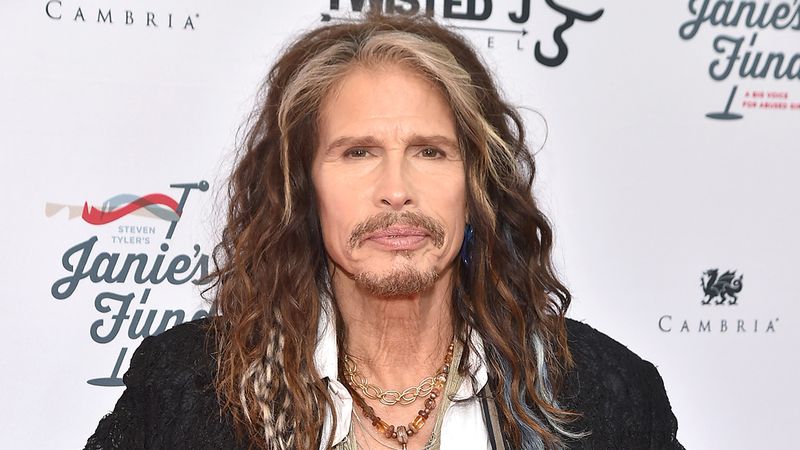 Here’s a touching story that proves even rock stars can have big hearts.

Alicia Portman of Cincinnati, OH is just about the biggest Aerosmith fan you’re likely to find. She knows all of their lyrics, she has all their albums, and she’s even seen them in concert 15 times. Sadly, Alicia was born with a rare heart defect and was told last month that she had just two weeks left to live. The next day, Alicia’s story reached Aerosmith frontman Steven Tyler, who was so moved that he decided to give her something very special: a personal letter listing a bunch of better bands for her to try and get into in the short time she has left.

Wow. What a beautiful and thoughtful gesture!

The letter begins, “Dear Alicia, I am sorry to hear that you don’t have much time left in this world. I hear you are a big Aerosmith fan, so I’ve put together a list of some bands that are better than us for you to check out instead.”

Tyler then goes on to list 130 bands that put Aerosmith to shame, including massive stars like Guns N’ Roses and Metallica and cult favorites such as The Sonics and MC5. Steven even went out of his way to make notes for each band describing their sounds, listing their best songs, and explaining in detail what exactly makes them better than Aerosmith.

“Honestly, our best song is ‘Walk This Way,’ and that’s because of Run-DMC,” Tyler wrote in a detailed six-paragraph explanation of why Alicia should be spending her final days listening to bands besides Aerosmith. “Sure, most of our hit songs are catchy when you first hear them, but they get annoying real fast on subsequent listens. Now, if you had six months to live, I’d say go ahead and play ‘Dream On’ here and there, but with only two weeks left you should really be doing everything you can to get into better bands like the Rolling Stones or The Beatles.”

“When it comes to hard rock, Mötley Crüe’s early stuff is unbeatable,” Tyler continued, in a side-by-side comparison of Aerosmith and Mötley Crüe. “It’s creative, technical, and has a ton of personality. Crüe basically does everything Aerosmith does, but better. It’s definitely what I’ll be listening to during the last few weeks of my life, and I’d strongly recommend you do the same.”

Rock stars, take notice, because this is how it’s done. By taking the time to give her a bunch of bands that are better than Aerosmith to check out before she dies, Steven has made one of his biggest fan’s dreams come true. And that’s pretty awesome.