Heartwarming: When This Girl Was Getting Bullied For Peeing Herself At School, Her Mom Showed Up Drenched In Piss And Said That’s Just How Her Family Is 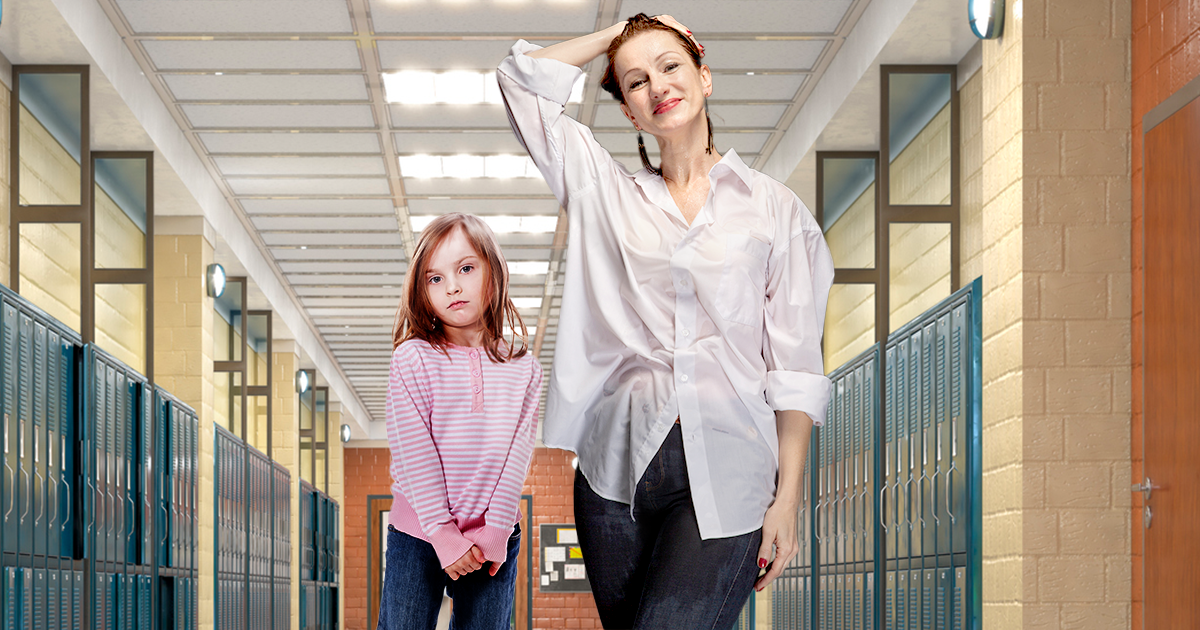 Bullying is always a tough situation to deal with, but it definitely gets easier when you have someone else to help you through it. Case in point: when this girl was getting bullied for peeing herself at school, her mom showed up drenched in piss and said that’s just how her family is.

Yes!! This is so heartwarming!

Third grader Ella Perez has been having a pretty rough week after peeing herself each morning during class at Fitzgerald Elementary. Although her teacher has tried to mitigate the situation, her classmates have been calling her “Ella Pee-rez,” and her former friends have started refusing to let her sit at their lunch table because they say she’s “going to pee all over their food.” Well, things definitely turned around for Ella earlier today, because after Ella peed herself during math, her mom showed up absolutely dripping with urine and said to the whole class, “If you’ve got a problem with my daughter pissing her pants, then you’ve got a problem with me pissing my pants, too.”

Ella’s mom continued to put the bullies in their place by saying, “If you’re a Perez, you’re covered in piss. That’s just how we do in our house,” before tossing a new pair of pants to Ella that were even more urine-soaked than the ones she was already wearing. “Pissing yourself cools you down in the summer and warms you up in the winter. Before you knock it, maybe try it first, K?” continued Ella’s mom as she leaned up against the blackboard, leaving a damp imprint of her pee-drenched body behind.

To really stick it to the bullies, Ella’s mom re-pissed herself standing right there in the classroom before saying, “Okay, I need to get back to court, where I’m a lawyer, because guess what? People who piss themselves multiple times a day can have great jobs, too.” Not one student had a thing to say as Ella’s mom turned and walked away, her shoes squeaking from the incredible amount of pee inside them with each step.

So amazing! In a world full of bullies, it’s so inspiring to see someone willing to stand up for what’s right. What an uplifting story! You go, Mrs. Perez! You officially won parenting today!