Heartwarming: When This Single Mom Said She Couldn’t Go To Rio To Watch Her Son Compete, The U.S. Found An Open Spot For Her On Its Rugby Team 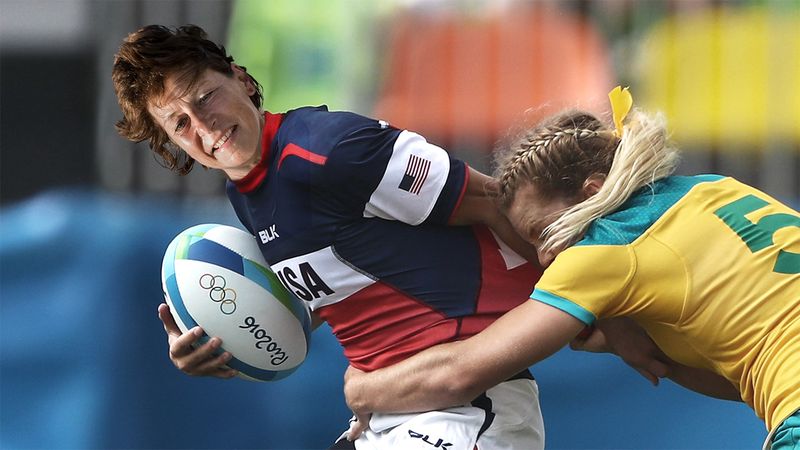 Get ready to feel all the feels.

When Tanya Huffman’s son, Andrew, qualified for the Rio Olympics, she was both thrilled and heartbroken. She was overjoyed her son was going to be able to compete in the 200m butterfly, but as a single mom working three jobs to support Andrew’s dreams, she knew couldn’t afford a ticket to Brazil. Then something amazing happened: The U.S. Olympic Team found out about her situation and gave her a spot on the women’s rugby team.

“When we heard Tanya’s story, we knew we had to do something to help,” said U.S. women’s rugby coach Richard Walker. “Adding her to our roster as the starting halfback was an easy choice, even though she has never played or seen rugby in any of its forms.”

What’s truly incredible is that Tanya’s rigorous rugby schedule still allows her to watch her son in the 200m butterfly semifinals. After hitting the weight room, a full-contact scrimmage, and a match against gold medal favorites New Zealand, Tanya will have a few free hours to take the 10-mile trek to the Rio Olympics Aquatic Stadium and watch Andrew live his Olympic dream. Then she’ll need to be at the athletes’ village for a team strategy meeting and mandatory 15k conditioning run. And it’s all thanks to the kindness of the U.S. Women’s Olympic Rugby Team!

Wow. This just goes to show you, that for all the weekends driving her son to swim meets and all the sacrifices she made to afford equipment and trainers, Tanya now has the chance to see her Andrew swim in the Olympics right after she faces off against the fastest and strongest rugby athletes in the world.

Provided she isn’t seriously injured in a scrum or brutal spear tackle, we just know Andrew will be inspired to see his hardworking mother in the crowd cheering during his swimming heats. And that is truly priceless.

So good on you, U.S. Women’s Rugby, for making Tanya’s Olympic dream come true! And best of luck, Andrew!