Heartwarming: When This Terminally Ill 6-Year-Old Wanted To Run For President, Thousands Got Together And Made It Happen 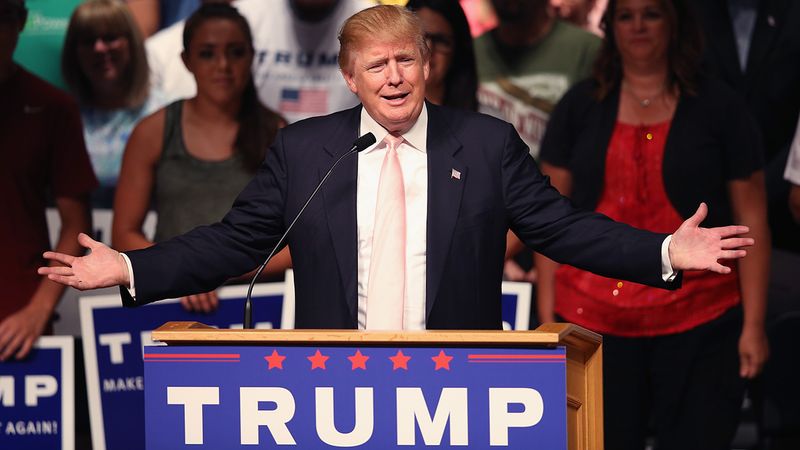 Life hasn’t been easy for Donald Trump. Though he’s only 6 years old, he’s already faced a lifetime of hardship as the result of a rare terminal disease that has left him in hospitals for much of his young life. With disturbingly yellow skin pigmentation, a prematurely deepened voice caused by thyroid abnormalities, and a grotesquely enlarged head due to cerebrospinal fluid accumulation, he will never have a chance at a normal childhood. And, sadly, doctors believe that he won’t live much longer.

But Donald doesn’t want you to feel sorry for him. Nope. What he really wants is for you to vote for him.

Believe it or not, little Donald is running for president of the United States, and thanks to thousands of kindhearted people around the country who are committed to helping him live out his dream, he’s been making a big splash on the campaign trail.

“When we heard about Donny’s wish, we knew we had to come together and make it happen,” said Jonathan Grusin, one of thousands of Americans who has pulled out all the stops to help make Donald’s dream a reality. “If going to a rally or telling a pollster that I’d vote for him in the 2016 election makes his day even a little brighter, I’m happy to do it.”

“It just feels like the least I could do for a little boy who’s been so, so brave,” added Grusin.

So, on June 16, Donald—wearing a suit and a red tie, just like a real politician—officially announced his candidacy in a long and delightful speech, in which he laid out his vision for the country. He said that he wanted to build a giant wall around the U.S. to keep the bad guys out, and he expressed a desire to build bridges that are bigger than the big bridges they have in China. He also revealed that he knew how to beat ISIS, and he promised to make America better and stronger than ever.

Within days, word of Donald’s presidential ambitions spread throughout the country, and soon people everywhere were volunteering their time to support the young politico. In the weeks since, the enthusiastic first-grader has been giving speeches almost every single day, and people have been turning out by the dozens to hear his fun and simple ideas for how to make our country better. He’s even got to go on TV a few times, including for a special one-on-one interview with Fox News pundit Sean Hannity!

Although Donald is trying his best to prove he can hold his own against the grown-up candidates, sometimes he just can’t help but be a kid. His charmingly juvenile Twitter feed is chock-full of elementary-school insults and hilarious exaggerations that could only come from the mind of a child. A very, very special child.

But we have to say that for a 6-year-old—especially one battling such a horrible disease—we think that Donald is doing a pretty awesome job. And while he might not ever make it to the Oval Office, he’ll always be the commander-in-chief of our hearts.

So look out, Washington: Donald Trump is coming to shake things up!