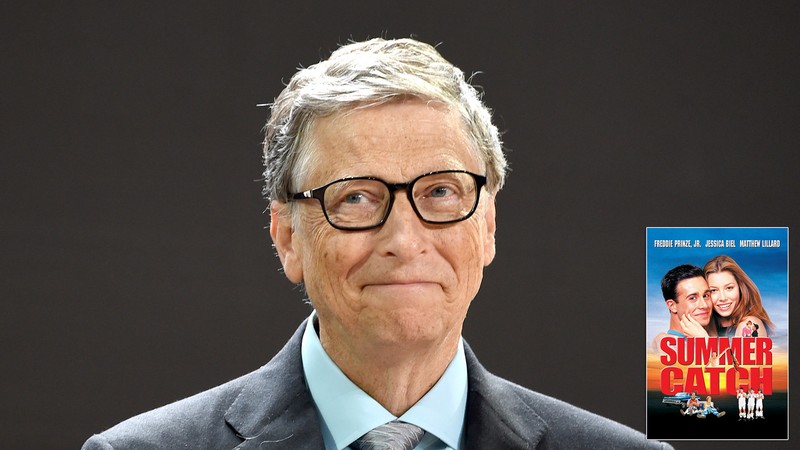 Over the course of his long career as a global philanthropist, Bill Gates has fought malaria, smallpox, and illiteracy, but this time he’s truly outdone himself: This morning Gates announced that he has donated $300 million to the 2001 box office flop Summer Catch.

Wow, what a completely selfless act of charity! With this generous and deeply compassionate donation, Bill Gates is bringing some much-needed financial relief to a movie that tragically tanked with both critics and audiences and was in desperate need of emergency box office revenue.

“When I learned that Summer Catch had only earned back $19 million of its $34 million budget, my heart broke and I knew I had to do something to help this struggling romantic comedy,” said Gates in a press conference earlier today. “Summer Catch is one of those rare romantic comedies that’s just as much about the importance of family and believing in yourself as it is about the laughs, and I hope that my donation helps this underperforming film recover from its abysmal ticket sales and that I can inspire other billionaires to use their considerable means to help out other box office flops around the world.”

Gates concluded the press conference by urging the public not to forget that although he was able to rocket Summer Catch to blockbuster status with his massive donation, there were still floundering box office bombs such as Fever Pitch and Doogal that were still suffering and in need of aid. The amazing philanthropist said he would not rest until all of these kindhearted, star-studded romantic comedies were flourishing.

It’s so inspiring to see someone as wealthy and powerful as Bill Gates use his massive resources and influence to help the needy! We can’t wait to see what incredible act of compassion Bill Gates does next!