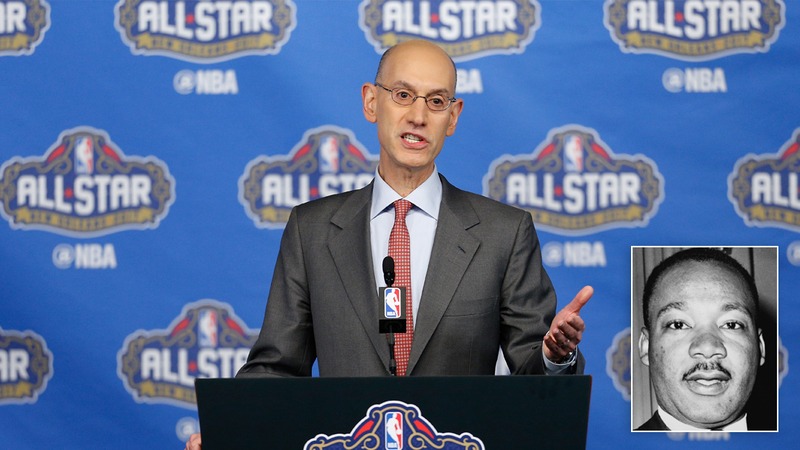 The NBA has long been honoring the basketball legends who’ve worked to transform the game from its earliest iterations into what it is today, and now it looks like the league is extending its tributes to include one particular legend of social justice: Commissioner Adam Silver is paying tribute to Martin Luther King Jr. by rewriting the NBA record books to let the civil rights leader average 20 points per game.

Wow. Now this is how you honor a trailblazer of freedom!

Widely recognized as the most influential figure of the civil rights movement, Martin Luther King Jr. is often praised by scholars, governments, and individuals alike for his groundbreaking work toward ending inequality and oppression in America, but it looks like the commissioner is taking it upon himself to memorialize the peaceful protestor in a way only the NBA can. Earlier today, Adam Silver announced that the NBA stats will now highlight MLK as an elite scoring point guard who, during a golden age of basketball stretching from 1959 to 1968, averaged a whopping 20 points per game along with 4.8 assists and 2.7 rebounds for the Syracuse Nationals, all in an effort to pay tribute to the civil disobedience forefather.

“Martin Luther King Jr. was one of the most vital voices of the civil rights movement of the 1960s, and we believe it’s only right that we memorialize him as an astounding athletic talent who shot 56 percent from the floor and 91 percent from the free throw line during a storied, 9-year career,” said Adam Silver at a press conference announcing the tribute. “For decades, MLK’s name has been synonymous with the highest ideals of bravery, freedom, and equality. It is our honor and privilege to add characteristics like ‘dynamic,’ ‘offensive juggernaut,’ and ‘high basketball IQ’ to those celebrated principles.”

While the NBA record books now show MLK declining in efficiency and rebounds after being traded to the St. Louis Hawks in 1965, his early career hardwood heroics still push his average up to an amazing 20 points, proving that this homage is as beautiful as it gets.

Incredible. Anyone out there looking to honor a legend, take note, because this is how it’s done. Adam Silver, we salute you!