Honoring The Fallen: YouTube Will Now Limit Fail Compilations To A Maximum Of Three Clips Where Someone Pretty Clearly Dies 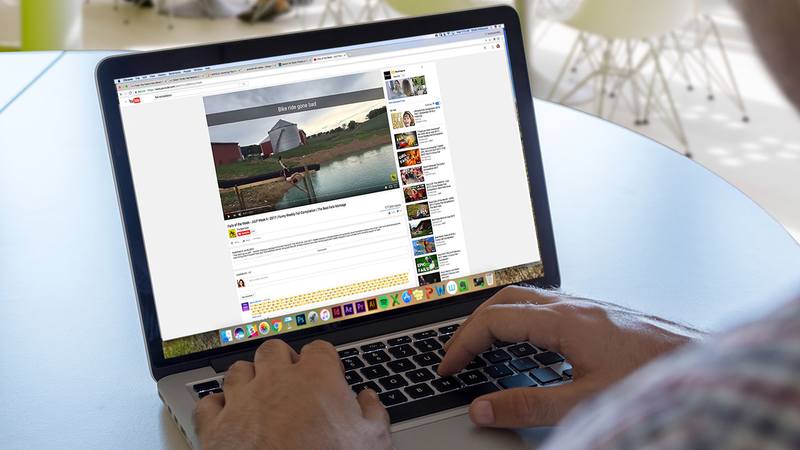 Now this is how you respect the dead.

YouTube has long been home to fail compilations showing a slew of people attempting to pull off cool tricks and messing up horrifically, but recently, the video streaming service has decided to change things for the better. From here on out, YouTube will limit fail compilations to a maximum of three clips where someone pretty clearly dies.

Whether it’s footage of someone falling down a concrete staircase where it’s essentially impossible that they don’t snap their neck by the bottom, or a video of a guy falling off a zip line right into a quarry that’s a good 50 feet down, YouTube’s new “You Get Three” initiative is making sure users don’t pack too much fucked-up shit in their fail compilations out of respect for people who clearly wrote the ultimate check their body couldn’t cash.

Wow. YouTube is serious about setting a new standard for ethics for streaming video online.

“YouTube has long been a bit like the Wild West when it comes to fail compilations, which is why we launched ‘You Get Three,’ so you don’t have to see so many obvious deaths in one sitting,” said Susan Wojcicki, CEO of the video streaming service. “If you want to use a video in your compilation of a guy at a golf course pulling back their club and hitting themselves in the head so hard they undoubtedly go into a coma, or one where someone falls off the edge of their roof right into the shallow end of a pool, or if you want to add one where a girl on a tire swing seems to be having a good time until she falls and you can pretty clearly hear that it truncated her spinal column, you have to at least pad it out with some scraped knees and fairly mild bike bails.”

It’s pretty great to see that YouTube is taking matters into its own hands when it comes to paying respect to the fallen. Way to go YouTube!

“Now, we’re not prudes,” continued Wojcicki. “If you’re making a fail compilation, you can still have a video of a tree falling on a young girl’s head after she accidentally rams into it with an ATV, or a motocross guy careening at a sickeningly wrong angle off a jump and you just know there isn’t a hospital anywhere nearby. It’s just that four clips of someone’s last moments on earth is too many for any one compilation, and our algorithms will now prevent you from posting your fail video until you shave it down to your favorite three.”

“Or just split them up into separate fail compilations if you have a lot of really gnarly shit you want to put out there,” added Wojcicki.

Incredible. It’s nice to see that YouTube is doing everything in its power to make sure the dead aren’t being disrespected on the internet. YouTube, we salute you!