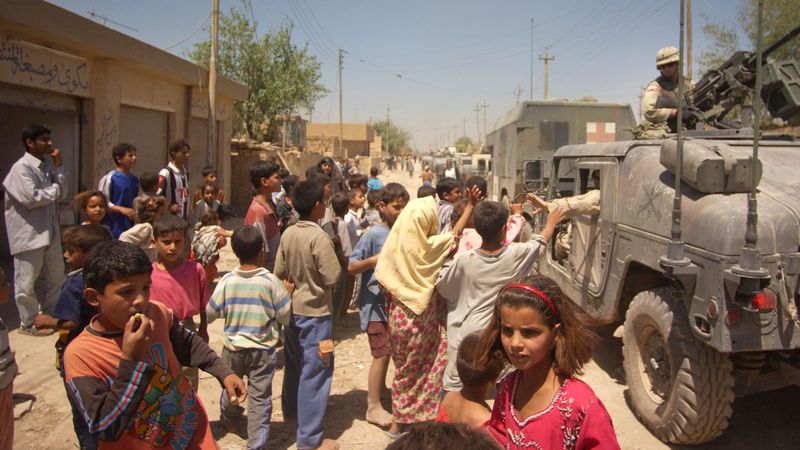 A van idles in a crowded sea of cars at the Kazir checkpoint ushering refugees between Mosul and Erbil.

The driver, Martin Summers, an American, is carrying nine children, ranging in age from 14 months to 12 years old. All of them were orphaned by the Iraq War and the subsequent decade of sectarian violence, some as recently as this week. In a very real way, Summers and the charitable organization he represents, The Nazneen Project, is the last hope these children have for avenging their parents’ deaths.

Since 2005, Summers and his brave colleagues at The Nazneen Project (named after a 9-year-old girl who was sadly unable to exact revenge on her parents’ killers) have thrown themselves into the world’s most volatile war zones without hesitation in order to find orphaned children and give them the tools and training they need to track down those responsible for their parents’ deaths and take justice into their own hands.

“This conflict is destroying entire families,” says Summers, deputy executive director of The Nazneen Project since 2009 and ever humble about his philanthropy. “Many of these kids saw their parents killed right in front of them and what they need most is closure.”

“We help them get it,” he adds, pausing to help 9-year-old Najdah load a magazine into her assault rifle, a beat-up, Czech-made Vz. 58 from the Gulf War era.

Like so many underfunded nonprofits, The Nazneen Project makes do with what it has, getting many of its supplies through used donations, sometimes even improvising with devices made out of scrap metal or pipes—whatever it takes to make a difference. For The Nazneen Project, it’s not about politics. It’s about doing what’s right.

“War destroys the lives of children from both sides of every conflict,” said executive director Nina Gutfeld via telephone. “We won’t rest until every one of these kids watches the life drain from the eyes of the person who shattered their world—whether that person is a Syrian jihadist militant or a 19-year-old marine from Montana.”

“Children in war are always innocent victims, not battlefield combatants. Together, maybe someday, we can help change that.”