‘I Actually Kind Of Give A Shit’: A Teen Reveals His Darkest Secret 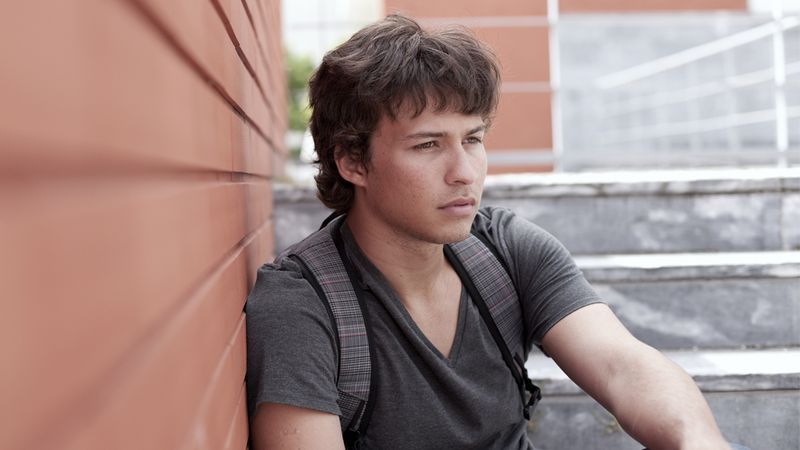 On the surface, it’s easy to mistake 16-year-old Ryan Parise for an ordinary teenage boy. He gets decent grades, likes going to movies with friends, and spends a lot of his free time with his eyes firmly glued to his cell phone. But beneath the shaggy hair and the moody adolescent attitude hides a deep, dark secret, one that he’s never revealed to anyone until now: Ryan actually kind of gives a shit about things.

From the way he presents himself, you’d never detect anything but a typical teenage apathy toward existence and a general disdain for authority, but the reality is that Ryan actually cares a decent amount for the world around him and other various facets of his day-to-day life.

“I’m not proud to admit this, but I actually do sometimes give a shit about my future,” Ryan said, despite the fact that he recently wrote “SOFA KING BORING” on the cover of his SAT practice guide. “And, honestly, I don’t really hate being at school that much.”

“Even though I might say that chemistry blows chode, it’s actually sort of interesting sometimes,” Ryan added.

Ryan also admits that even though he does think his mom is a “huge ornery bull dyke,” he still tries to make her happy. He would even go so far as to say that he loves his whole entire family, despite the fact that he spends most of his time at home actively avoiding them.

“It’s not like I’m in love with the world and I want to slob its knob or anything,” Ryan explained. “I just kind of give a fuck about some things, okay?”

These brave admissions not only reveal a lot about Ryan, but they also force us to consider the possibility that teens can be invested in the world but not necessarily be lame as fuck.