I May Not Agree With Everything Trump Says, But It’s My Duty As An American To Repeat All Of His Talking Points Basically Verbatim 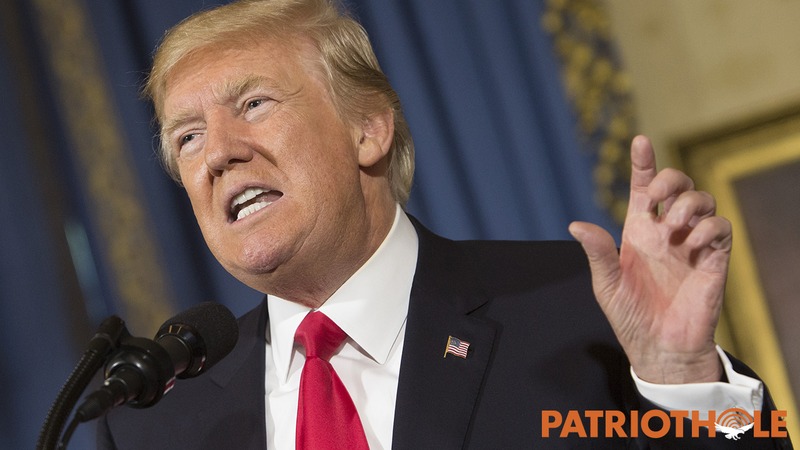 As a conservative voter, there are parts of Trump’s agenda that I agree with and other actions he’s taken that I find troubling or simply bizarre. However, as a patriotic American it’s my duty to memorize Trump’s talking points, ignore my own misgivings, and defend the president by quoting him essentially verbatim.

When the president speaks, you memorize what he said, and then say those words even when you know you are extremely wrong. That’s just how it is.

I’ve been a Republican my whole life, and my main issues are lower taxes and protecting states’ rights, so I was shocked and upset when Donald Trump tweeted that he wanted to ban transgender people from the military. But I didn’t whine or complain or voice my conscience; I simply did what I knew was right and worked small-minded, offensive arguments about how trans soldiers are distracting and unfit for service into everyday conversations to blindly turn myself into a pale shadow of the president.

Before attacking the president by pointing out the many flaws in his reasoning, why don’t you try agreeing with everything he says?

Whenever President Trump says something that I find morally reprehensible, it is my sworn duty to essentially copy and paste his words into a Facebook post prefaced with “Here’s what I believe.” And I wouldn’t be a patriot if I didn’t fight with anyone in the comments pointing out the discriminatory or duplicitous nature of the statement even though I often agree with them 100 percent.

Before attacking the president by pointing out the many flaws in his reasoning, why don’t you try agreeing with everything he says? The only people complaining about Trump are biased against Trump according to Trump, so you can’t trust anyone that questions the president, even when that person is you. This is America. If you’re not prepared to sell your values down the river to spew President Trump’s talking points word for word, well, you can find a different country to live in.

For the good of the country, Republicans like me must unite to automatically parrot whatever knee-jerk policy announcement Trump has surprised us with over Twitter. Conservatives must abandon our own long-held viewpoints and ideologies in favor of the random hodgepodge of right-wing causes Trump happened to talk about today. Sometimes it’s difficult to repeat Donald Trump verbatim when it goes against my very sense of right and wrong, but I know history will look kindly on patriots like me who compromise their integrity to echo the rhetoric of a president they vehemently disagree with.