Incredibly Tragic: Everyone At This Trivia Table Wrongly Assumes At Least One Of Their Friends Is Still Having Fun 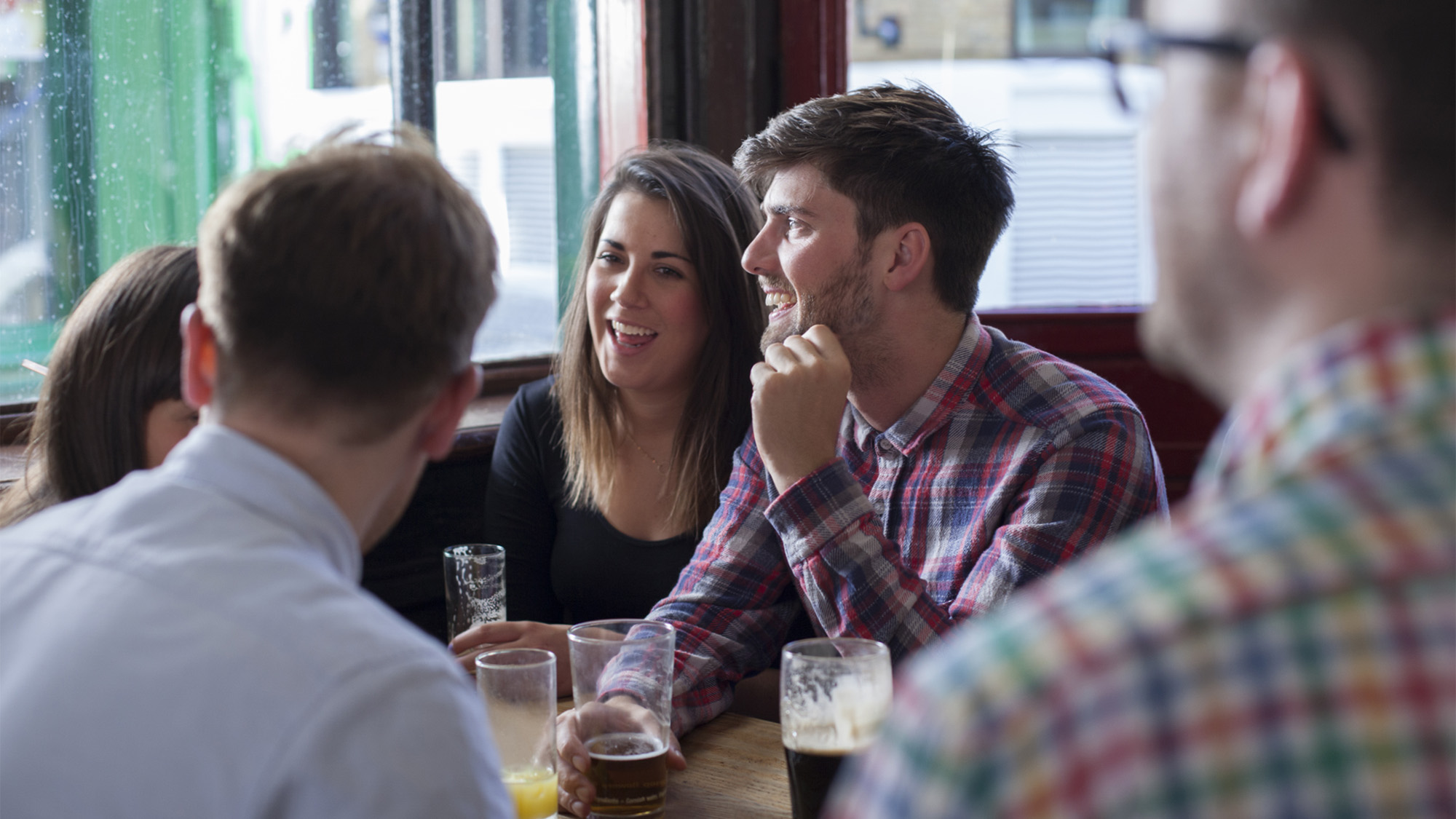 Brace yourself, because here’s a story about an upsetting situation currently unfolding at a trivia night in Baltimore, MD that is definitely going to bum you out: Everyone at this trivia table wrongly assumes at least one of their friends is still having fun.

God, what a shame.

Under the mistaken belief that others at their table are actually enjoying themselves, each member of this six-person trivia team at Lucky’s Pub is quietly suffering their way through the evening, tragically unaware that everyone else in their group is also bored as hell and would much rather be doing literally anything else. Tied for last place and guessing their way through questions on obscure topics that none of them know anything about, everyone at the table has been completely checked out for at least half an hour now, with all of them gulping down beer after overpriced beer to make the host’s annoying banter more tolerable, assuming that the rest of their friends are still really into it.

Just heartbreaking. If only these guys would be honest with each other and admit that they’re having a terrible time, then they could all go home and go to bed.

One might get the impression that Shannon’s having fun because she keeps enthusiastically volunteering to run their answer cards up to the scorekeeper, but the reality is that she’s really only doing this to break up the tedium of sitting around a table and futilely attempting to answer questions about presidents’ birthplaces or whatever. She’s really only sticking it out at this point as a courtesy to Evan, who she’s wrongly deduced is really invested in the game due to the fact that he’s nailing question after question on European geography, including a clutch 500-pointer on the location of the River Lagan. However, Evan’s only getting answers right because he studied abroad in Dublin and is generally familiar with Europe—he truly does not give a shit about the game itself, and all he wants to do is go home and get some sleep so he’s not hungover for work tomorrow.

Also, everyone’s pretty embarrassed by their team name, Make Trivia Great Again, which Phil wrote down on the scorecard without bothering to run it past anyone else first. Really cringe-worthy shit, Phil.

It’s just a brutal evening all around. Though it should be more obvious that not one of them is enjoying it because they’re all just sitting there emotionless while every other team whoops and cheers after every question, they’re still hanging in there out of a collective, misguided fear of being a buzzkill. The true buzzkill, of course, is being repeatedly forced to recall random shit you learned in high school history class while you’re simply trying to have a nice night out with your pals. Here’s hoping someone admits to being miserable soon, otherwise they’ll all have to endure five more rounds of shitty, boring trivia only to end the night with a humiliating last-place finish.