Inspiring: For Every Blimp It Sells, This Blimp Company Is Giving Away A Free Blimp To An Impoverished Child In Africa 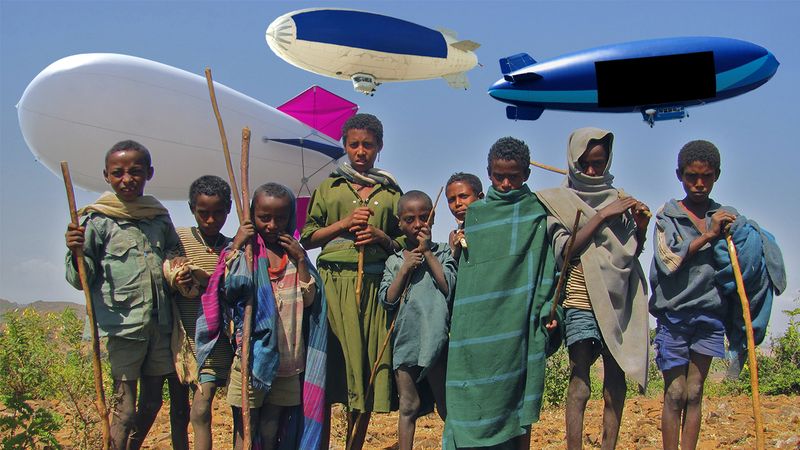 Few people would ever expect a blimp company to change the world. But for Pegasus Airships, a blimp manufacturer headquartered in Rolla, MO, that’s exactly what it’s trying to do. Earlier this year, the company shifted to a sales model focused on social responsibility, where for every single blimp it sells, it donates a second blimp to an impoverished child in a developing country. Amazing!

Pegasus CEO Thomas Schuler said he made the decision to move the company in a more philanthropic direction following a visit to Uganda in 2013. After witnessing the devastating effects of extreme poverty and starvation firsthand, he felt a very strong obligation to do something big to help those in need.

“I kept seeing kids the age of my own kids who had absolutely nothing—no clothes, no food, no low-velocity aircrafts—and it absolutely broke my heart,” Schuler said. “I decided right then and there that I needed to help these kids out. I needed to send them some blimps.”

Months later, Pegasus Airships has now shipped over 50 blimps to kids in African countries, and it appears as if the company’s inspirational mission is really resonating with consumers. Schuler said that company sales are at an all-time high, as people seem to be more excited to buy 192-foot-long blimps if it means they can help individuals in extreme poverty.

“It’s a little more expensive than if I’d bought a blimp elsewhere, but it just feels good knowing I’m helping someone in need,” said Michael Denison, 46, who recently purchased a blimp from Pegasus. “You get the sense that you’re not just giving those kids a blimp—you’re giving them hope.”

And while those children might have otherwise never been given a chance to thrive, once they receive their blimp, it’s fair to say that the sky’s the limit.