Jesus Christ, Not Now: This Woman’s Water Broke Right Before Her Husband Got To The Part In ‘The Grinch’ Where The Grinch Learns His Lesson 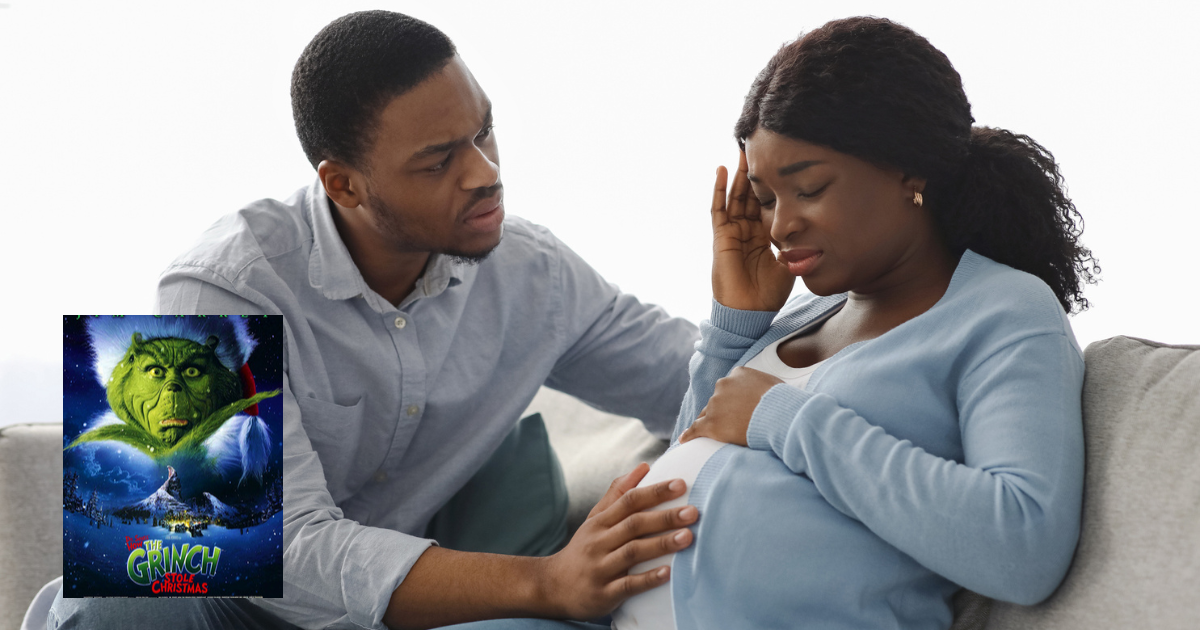 If you’ve had a rough day, you can at least be thankful you aren’t the married to this woman from Dunellen, New Jersey, whose unbelievably terrible timing just ruined her husband’s day: This woman’s water broke right before her husband got to the part in How The Grinch Stole Christmas! where the Grinch learns his lesson.

Seriously, lady?! Her husband’s been 100% invested in the story from frame one, and now, his viewing experience is completely, irrevocably fucked right when the Grinch was about to have a life-changing insight about about the joys of Christmas.

It was just as the Grinch had made off with every last Christmas gift in Whoville and stood on a mountaintop in total triumph—grinning from ear to ear at the mere the idea that all the Whos in Whoville were about to start loudly weeping in unison as they realize Christmas is ruined—that Mark Denman’s wife Allison announced she was in labor and needed to go to the hospital. Though Mark informed her there was only 5 minutes left, and that the Grinch was literally about to learn the true meaning of Christmas, Allison insisted he stop the movie that very moment and drive her to the hospital, refusing to take no for an answer. Now, all thanks to the ill-timed dilation of his wife’s cervix, Mark’s sitting cross-armed next to his wife’s hospital bed at Summit Hospital, waiting for his child to finish being born so he can go back and home see the Grinch’s heart grow three sizes after realizing that Christmas is about more than just presents.

What’s worse is that Mark hadn’t seen How The Grinch Stole Christmas! since last year, and on the one day he chose to rewatch it, he only ended up making it 20 minutes into the 25-minute TV movie before spending the next 14 hours in the delivery ward, where the cell reception was too spotty for Mark to watch the Grinch’s change of heart on his phone—not that he would have been able to hear the movie over his wife’s painful groaning anyway, even with his Airpods in.

Honestly, Mark’s wife is making the Grinch look like an angel right now. Given how precisely awful her timing was, one might suspect that she purposely waited to let her amniotic fluids splosh onto the floor until every Who in Whoville had been successfully burglarized, just to withhold the Grinch’s Christmas epiphany from Mark. It’s honestly one the cruelest most selfish things we’ve ever seen!

Well, the birth of Mark’s first child is officially ruined. Mark was really hoping to see the Grinch return everyone’s gifts and join the citizens of Whoville for a big Christmas celebration, but now, just because his wife’s water broke at the worst possible time, he’ll have to wait until next September to watch the beautiful ending to the Grinch’s story. Thanks a lot, Allison. (Word-to-the-wise, buddy: leave her!)