John Bolton Unethically Took Home Nuclear Warheads To Deal With A Mouse Problem At His Own Personal Residence: Everything Horrible The Drumpf Administration Did This Week 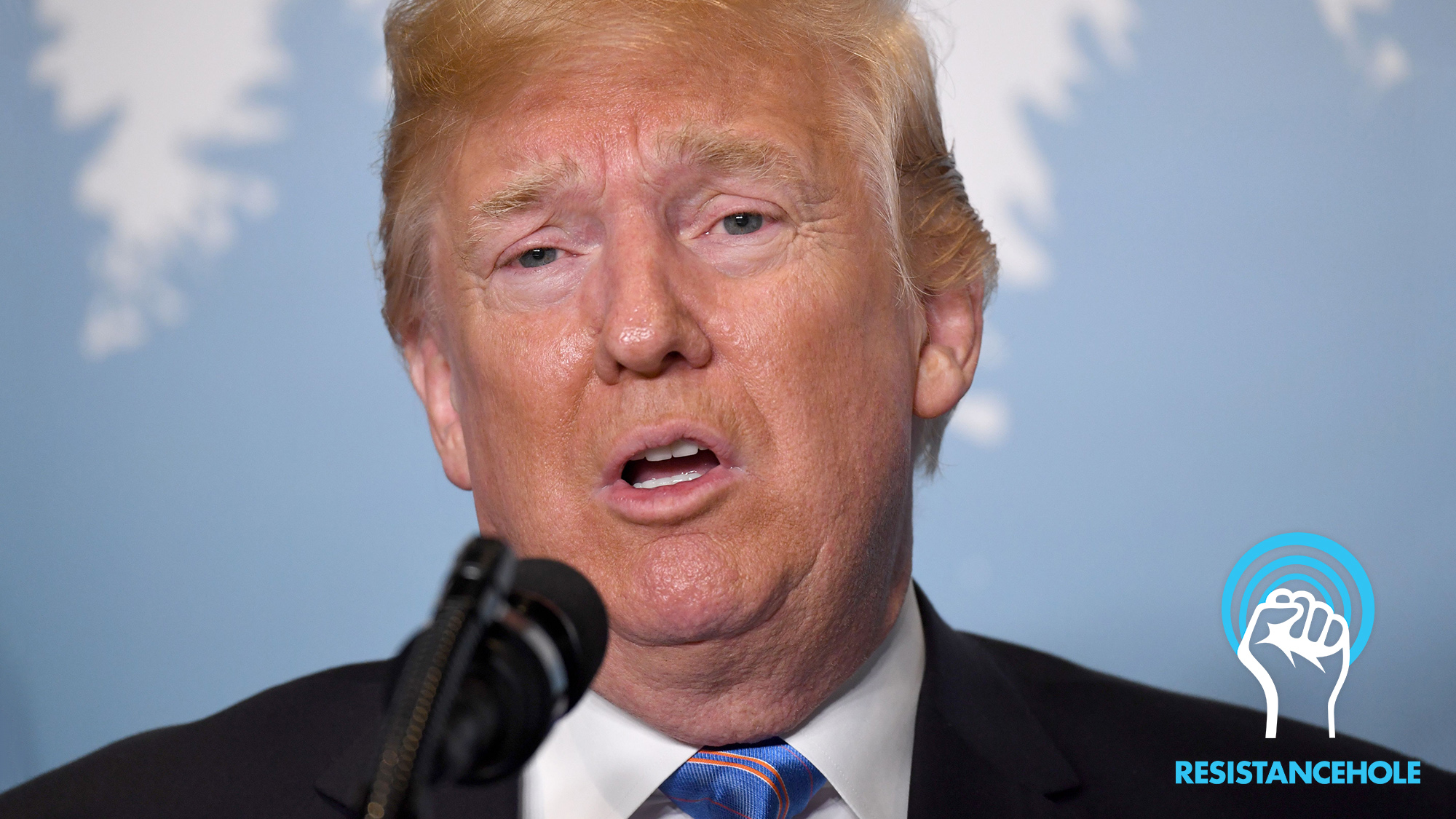 It seems like every week that passes by with Mr. Cheeto In Chief in charge of our country brings a whole new onslaught of controversies and idiotic policies that are chipping away at our democracy. It’s almost impossible to keep up. That’s why ResistanceHole is now keeping a weekly tally of the Drumpf administration’s every last abuse of power, gaffe, and hypocritical statement to help you continue #Resisting President Dump every step of the way! Here’s everything horrible the Drumpf administration did this week.

2. The “covfefe” in chief himself defiled the office of president by repeatedly using a toilet inside the sacred White House.

3. Stephen Miller sent out a memo written entirely in WordArt.

5. President Trumplethinskin YET AGAIN failed to realize that the American people are stronger because of their differences, not despite them.

6. Melania Trump spent $4 million of taxpayer money on Gap mannequins just to see if they had organs and/or feelings.

7. An anonymous source inside the White House said they lost a really nice pair of headphones and are bummed about it because they were pretty new, too.

8. President Dump STILL bore a strong resemblance to casino mogul Biff Tannen from Back To The Future Part II—who you may recall was the movie’s VILLAIN!

9. A quietly signed executive order gives pork manufacturers free rein to store all the discarded pig brains in any citizen’s garage without their consent.

10. EPA Chief Scott Pruitt spent $500,000 on a high-end sandalwood outhouse for his office, even though he already has two outhouses across from his desk where a couple chairs for guests should be.

11. Vice President Mike Pence recommended the military send SEAL Team Six to Charmin’s headquarters to punish them for sexualizing the anuses of bears.

12. The White House’s executive chef served just the tops of apples for every meal this week.

13. For the 90th (!) time since taking office, President Drumpf has wandered onto a golf course completely naked in the middle of the night and woken up near the sixth hole as gophers were dragging him into their den by his nipples. If that sounds familiar, it’s because Drumpf LOVED to complain about the mere six times Obama did that. Hmm, hypocritical much, Mr. Mango-Mussolini?