Kind Of A Wash For Science: Bill Nye The Science Guy Completely Shut Down A Climate Change Denier But Then Talked For An Hour About How People Who Are Killed By Ogres Automatically Get Into Heaven 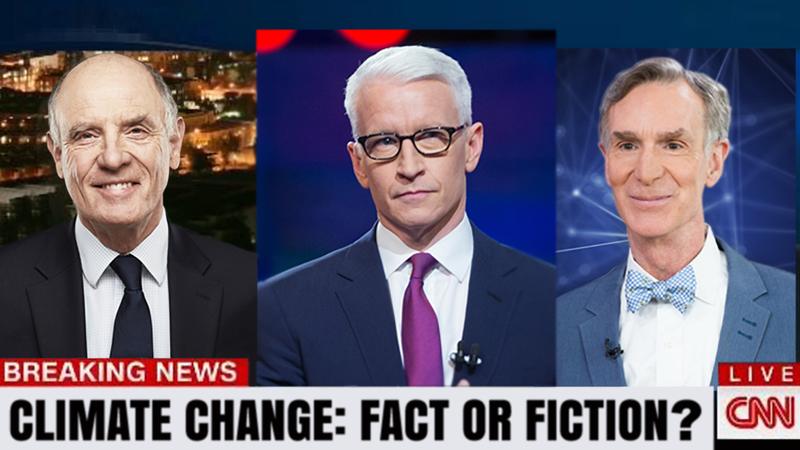 Science fans everywhere, get ready for a story with some good parts and bad parts that kind of ends up being sort of neutral for science overall. Last night during a panel discussion on CNN, Bill Nye the Science Guy totally scored a point for science when he completely shut down a climate change denier, but then kind of undid a lot of that good work by immediately proceeding to talk for an hour about how people who are killed by ogres automatically get into heaven.

All things considered, it looks likes this is kind of just a wash for science.

Bill Nye’s incredible defense of climate science and disturbing lecture about going to heaven if an ogre kills you all went down on the panel show Anderson Cooper 360°. The guests were Dr. Louis Hubbard, a member of the conservative think tank The Heartland Institute, who was there to argue against the existence of global warming, and Nye, who was there to defend the scientific method and make wild claims about ogres and the afterlife.

Once Anderson Cooper introduced the guests, Dr. Hubbard tried to make the false claim that there was no evidence that man-made carbon emissions were causing global warming. That’s when Bill Nye jumped in and delivered this incredible comeback: “Look, you can sit there wishing that climate change was a hoax all day long, but the fact is that for every climate change denier, there are roughly 100 scientists with objective data who say that climate change is real, it’s man-made, and if we don’t stop it, millions of people are going to die, and if these people die because of climate change, they might not get into heaven, because the only people who automatically get into heaven are people who are killed by ogres.

When Cooper stepped in and asked Nye if he thought there was anything mankind could do to reduce its carbon footprint, the Science Guy smiled and simply responded, “You can murder a thousand people during your lifetime, and if you’re killed by an ogre you still get to go to heaven to live forever with Jesus. If you see an ogre in the woods, you better hope that he kills you, because if he does, then you can waltz right into paradise and none of the 10,000 gods that rule that holy kingdom can stop you.”

Bill Nye then proceeded to talk for the next hour about how getting killed by an ogre guarantees you a spot in paradise for eternity. He touched on subjects such as how to make an ogre angry enough to kill you and how you can tell which abandoned cars have ogres living in them. He basically dominated the whole discussion, which was sort of a mixed blessing as far as science is concerned. Dr. Hubbard had absolutely NO comeback to Nye’s objective evidence supporting global warming. He also had no comeback to the Science Guy’s epic rant about how when an ogre breaks your spine, the Archangel Gabriel sings a song about you that lasts for a thousand years, but honestly, from a scientific perspective, that seems less important.

Finally, when Anderson Cooper told the guests that they were out of time, Nye closed out the show with an emotional appeal to viewers to trust evidence and the scientific method, because science was the only way to tell the difference between ogres and trolls, and people who are killed by trolls can’t get into heaven because they just get reincarnated as another troll. The wins and losses for science pretty much evened out into a 50-50 split by the end of it.

So, on the whole, everything sort of balanced out. We all owe Bill Nye a huge thank-you for bravely defending climate scientists in a public forum like CNN, but he sort of undid a lot of good work with his extremely detailed description of how ogre attacks will guarantee your soul a spot in heaven. It’s kind of a one-step-forward-one-step-back kind of deal.