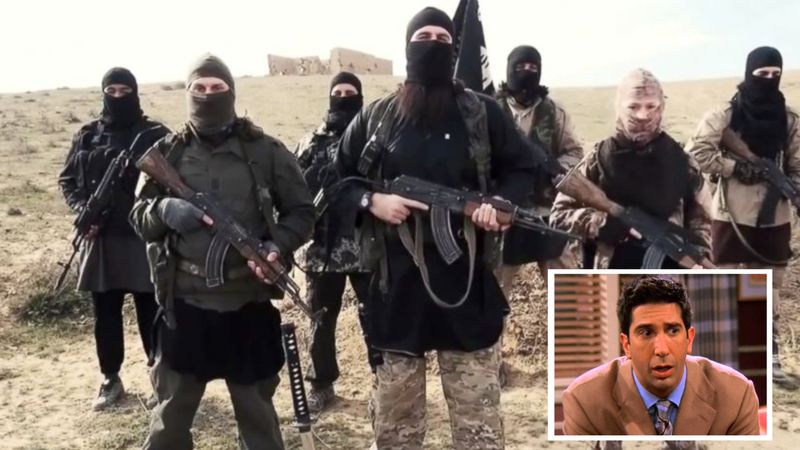 From the destruction of sacred cultural sites to the brutal murder of innocent civilians, ISIS has proven itself time and again to be an organization without mercy and without a conscience, and its most recent devastating attack only continues its reign of brutality. This morning, ISIS released a video containing footage of the beloved sitcom Friends with the laugh track replaced by an unknown voice making unkind remarks about Ross.

The footage is truly horrific, and it shows just how far the terrorist group is willing to go. You can watch the video below, but viewer discretion is advised:

Truly awful. The Islamic State has once again demonstrated its unrelenting depravity, and we can only hope that someone puts a stop to its reign of terror someday soon.