Making Amends: President Biden Has Announced A Reparations Program For Americans Who Were Scandalized By The Way Elvis Shook His Hips Onstage Back In The 1950s 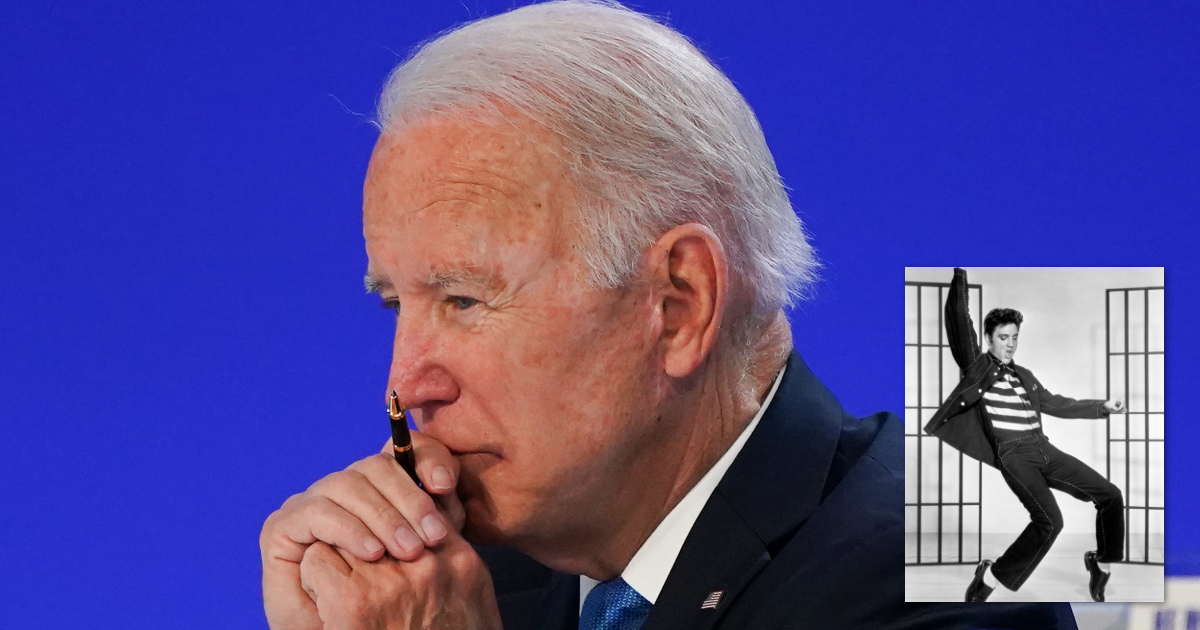 At long last, the U.S. government is taking a meaningful step towards reconciling one of the most shameful chapters in American history: President Biden has announced a reparations program for Americans who were scandalized by the way Elvis shook his hips onstage back in the 1950s.

Good on President Biden! What a long overdue but deeply necessary gesture of apology.

Following decades of pressure from activists and advocacy groups, the Biden administration has heeded the call to issue a national apology for our government’s complicity in letting Elvis Presley wiggle his hips in a salacious manner before live audiences throughout the 1950s. Biden’s proposal also announced that any Americans who were traumatically subjected to Elvis’ vulgar pelvis-thrusting and shimmying between the years of 1953 and 1958—as well as all descendants of those witnesses—will be eligible for a restitution program that includes direct financial payments, student loan forgiveness, and business grants, among other economic benefits. As per the White House’s statement, these measures are intended as an acknowledgement of the U.S. government’s failure to effectively intervene and protect its own citizens from Presley’s obscene leg-shaking and groin-whirling.

“The suffering caused by the suggestive gyrating and grunting of Elvis Presely is still felt by countless Americans today,” said President Biden in his official announcement. “It’s one of our nation’s greatest shames—that we let his sensuous convulsions damage test the sanity of our most prudish citizens in such an extreme way. As we put together this reparations program, I spoke to dozens of strait-laced men and women who still retain the scars of seeing Elvis’ hips wag back and forth with absolutely zero regard for sexual propriety. These brave Americans took offense that has been passed down from generation to generation ever since. It is unacceptable to ignore their pain any longer.”

One leading activist, Cherelyn Brady, has been waiting for this moment ever since the fateful day she and her family watched Elvis hump the air on The Milton Berle Show.

“I remember watching in horror as thousands of teenaged youth were allowed to have their sexual passions aroused by that sweaty Memphis gigolo—including my very own daughter,” said Brady. “In the course of one performance, she went from a respectful church girl to a hedonistic youth with Elvis fever. What Elvis’s swinging and jiving took from me, I will never get back. This is just one step in our pursuit for justice.”

Amazing. Nothing could ever make up for all that unconscionable suffering at the hands of Elvis’ sultry moves, but this is a huge step in the right direction.

You simply have to applaud President Biden for stepping up to redress the injustices that puritanical Americans faced under Elvis’ eroticism. Hopefully, now that we’ve finally begun to confront this dark era of our nation’s past, we can start to move forward together as a country.