Mental Health Win! There Is A Clown Falling From The Sky! 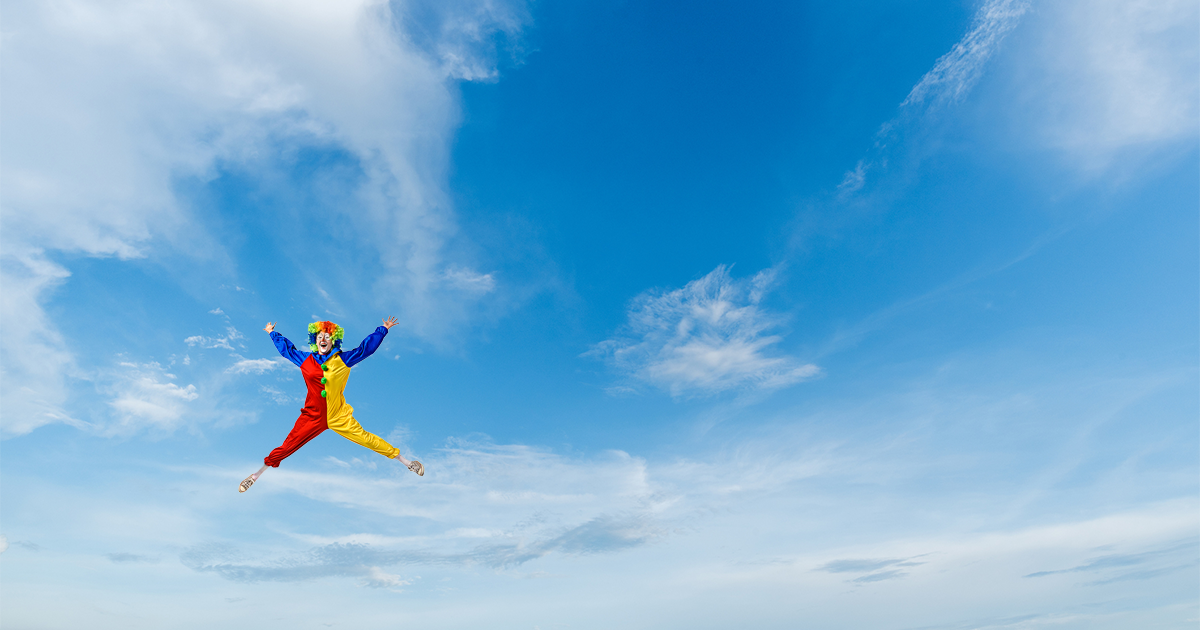 In these historically stressful times, taking care of your mental health is more important than ever. But thankfully, during this uniquely stressful election week, you can give yourself a major serotonin boost simply by walking outside and looking up at the clouds, as there is currently a clown falling from the sky!

Fantastic! This is exactly what our anxious nation needs right now.

Indeed, if you step out into your yard right now and gaze upwards, chances are you’ll see a clown plummeting towards the ground like a meteor of pure laughter, his painted face contorted into a fun-loving scream and his colorful jumpsuit billowing in the wind. What a treat it is to see this merry buffoon thrashing wildly in the thin air and amusing us with his wacky foolery, making us smile despite being mere moments away from a fatal splat on the rocky earth below. Such a cut-up!

If you’re feeling overwhelmed by election anxiety, give yourself a nice, calming brain break and look up at the clown, who is now delighting us with even more silly antics, screaming and flapping his arms frantically like a bird even though he surely knows he cannot fly! It is impossible to feel anything but sheer, unbridled happiness as you watch this goofy red-nosed clown desperately yanking bright handkerchiefs out of his sleeve in futile hope of finding something that can save him. Try not to giggle as he pitifully attempts to use his baggy trouser legs as parachutes to slow his fall, causing his costume to inflate to comically round proportions so that his appearance is like that of an obese jester from the heavens! How absurd it is to see all the confetti and rubber chickens and other humorous clown jetsam flying off of his person as he continues to scream towards the unforgiving ground below at an unsurvivable velocity. Just wonderful!

It should be noted at this point that it is still unclear who the clown is or how he got into the sky. All we know is that he DID NOT jump out of an airplane, as confirmed by a preliminary FAA investigation. But perhaps it is better to not know. Perhaps an unexplained clown whimsically falling from space is just what our collective mental health needs right now—joyous chaos to offset the chaos of the pandemic and the election. All we know is that he fills our hearts with joy, and we can probably also safely assume that his body will produce a funny honking sound upon impact.

Little moments of everyday magic like these can go a long way towards keeping us sane!

There’s no telling quite how much time is left before the clown hits the ground, but it’s probably only a minute or two, so if you’re worried about your emotional well-being, you should get out and look at the falling clown sooner rather than later. Once you see him, you will be grinning from ear to ear! Kudos to this mysterious clown for falling from the sky and making us all feel better—it’s just what we needed to get us through these difficult times.