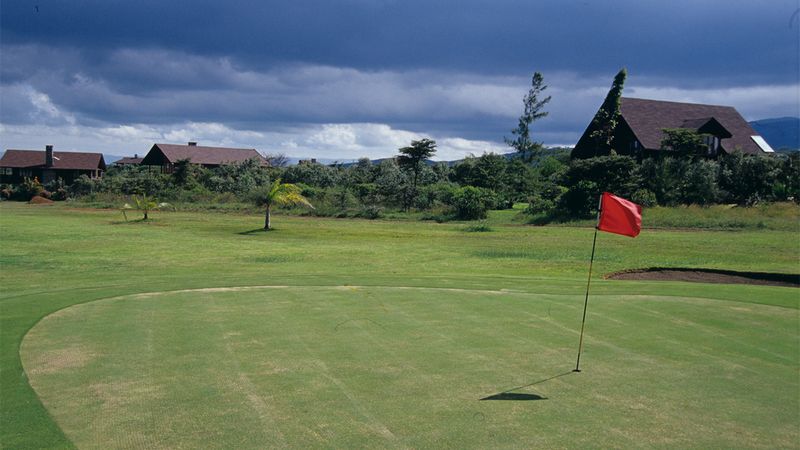 Katya Pollard thought she came to New York City for all the right reasons: the vibrant art scene, the like-minded collaborators, the rich urban history. But only two years later, the 24-year-old painter was nearly broke, completely burnt out, and ready for a change.

That’s when she heard about Blue Bluffs, the nine-hole golf course in central Missouri where droves of millennials like her have been flocking. Today, Katya enthusiastically calls it home.

“One friend moved to Blue Bluffs, then three more, and before I knew it, I was breaking my lease and buying a plane ticket to Fulton, Missouri,” said Katya, who sells her paintings near the golf course’s fourth hole. “There’s so much space here, and the cost of living is absurdly cheap. How could you miss New York when you’re surrounded by all this natural beauty?”

Katya is just one of hundreds of millennial artists, musicians, and artisans who have flocked to the course. They’re fleeing from cities like Brooklyn, L.A., San Francisco, and Portland, fed up with rising rents and gentrification buffing out the cultural niches that attracted them there in the first place. But what they’ve found on the fairways and putting greens is more than just extra elbow room—it’s a community.

From browsing the pop-up handcraft bazaars near every sand trap, to biking the acres of rolling terrain, to founding artists’ collectives and deliberate-living co-ops, twentysomethings are quickly making Blue Bluffs their own. While some still lament the lack of public transportation and the limited nightlife options, many are discovering that the laid-back, simplified lifestyle of a golf course is exactly what they were looking for!

Of course, not every neighbor is thrilled with the influx of young people. Local businesspeople, like hardware store owner Roy Gregory, say they appreciate the extra patronage but feel overwhelmed by the mass migration.

“They act like they own the place, but they don’t,” he said. “A lot of people have worked very hard to make that golf course what it is, and these kids are tearing it up with their bike tires and leaving cigarette butts everywhere. And I really doubt they’re actually paying taxes either.”

Still, every new community has its growing pains, and Blue Bluffs’ growth shows no signs of slowing, thanks in part to vocal evangelizing by its new residents.

“Every day, I text some NYC friend a picture of the gorgeous sunset over the players’ club to convince them to move,” said Katya, arranging flowers in a blown glass vase made with materials sourced from hole seven’s sand trap. “It’s just inspiring to see how thrilled everyone is to be here. Honestly, it’s more Brooklyn than Brooklyn ever was.”

In a few years, we may be hearing the name Blue Bluffs in the same breath as Austin or Oakland. Until then, though, it will just be a little slice of millennial heaven.