Mind-Blowing: This Teen Has An Incredible Ability To Perceive Everything He Sees As A ‘Tony Hawk’ Level 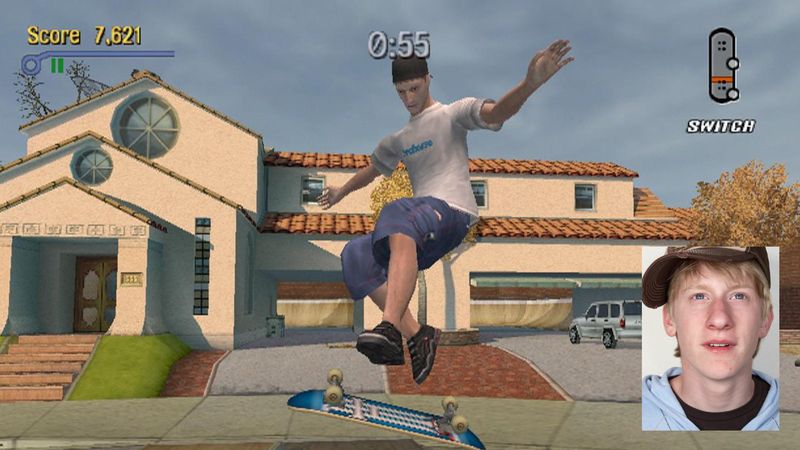 For as long as he can remember, 13-year-old Lucas Castillo has been playing video games from the Tony Hawk’s Pro Skater series. After logging countless hours on the games over the years, he realized that he was gradually developing a very mysterious, but totally awesome ability: to perceive everything he sees as a Tony Hawk level.

“It sort of just comes to me,” Castillo explained, speaking with a surprising degree of modesty for someone with such a remarkable talent. “When I see a bench or a ledge, I can immediately envision myself grinding on it. Or, if I see two brick buildings separated by a street, I naturally just imagine myself wall-riding from one building to the other, maybe doing a 540 sack tap over the gap.”

“Even if I’m just in a parking lot, I can see myself racking up huge points by doing a manual and grinding on cars to keep up speed,” he continued. “No matter what the terrain, indoors or out, I’m constantly seeing opportunities to grab big air. Just walking to the bus stop in the morning, I can rack up a million-point combo, no prob.”

Castillo says that he’s been playing the Tony Hawk games for so long that he can hardly remember what the world looked like before he developed his gift. While he realizes he’s lucky to be endowed with such a supernatural faculty, he admits that he occasionally yearns for normalcy.

“I don’t want to sound unappreciative, but sometimes I wish I could turn it off,” he said. “I can’t even use the bathroom without imagining myself doing a lipslide on the toilet seat or hitting vert tricks in the bathtub. I have trouble focusing in new environments because it’s pretty much just like I unlocked a new level.”

“It even happens in my dreams, except there I’m usually playing with moon physics,” he added.

Beyond just visualizing Tony Hawk feats, Castillo also skateboards in real life, and has been doing so for nearly five years. Though his skills don’t quite live up to his video game imagination, he can still ollie off of pretty much any curb and can reliably land a kickflip within three or four tries.