NASA Disaster: Some Asshole Threw A Blanket Over The Hubble Telescope 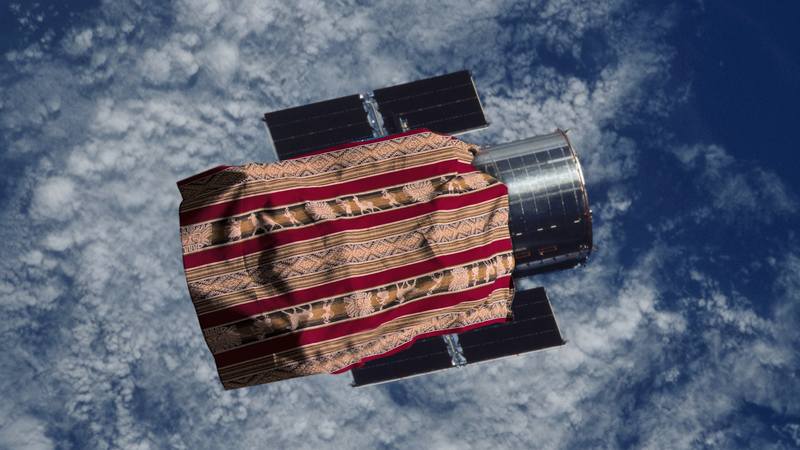 Since its launch into orbit in 1990, NASA’s Hubble Space Telescope has had its share of bumps along the road. This one, however, might just take the cake. In a total disaster for NASA, some asshole has thrown a blanket over the Hubble telescope.

One thing’s for sure: You’d have to be a real dickhead to pull a stunt like this.

Earlier this week, technicians at NASA’s Goddard Space Flight Center were shocked to find that images transmitted by the Hubble only showed what seemed to be a large red and brown blanket made of a cotton-polyester blend. With further analysis, NASA concluded that some fucking jagoff had tossed an animal print blanket over the Hubble’s light shield and aperture, completely obscuring the telescope’s view.

In a statement released this morning, NASA made clear just how costly this asshole move will be for them:

“Due to the work of a dipshit who fucked things up for everyone, NASA will be taking the Hubble Space Telescope offline until a servicing mission can be launched to remove the blanket. Unfortunately, this has set our data collection back months, and the servicing mission will severely strain NASA’s budget, so we hope whoever pulled this shit is pretty proud of themselves. We intend to keep the blanket.”

This really sucks. Hopefully now anyone else thinking shit like this is real fucking funny will think twice before they go ruining things for the rest of us.

God, what a shitheel.