Oh, So We’re Getting Freaky? This Kid On A Playdate Just Climbed Up The Stairs On All Fours 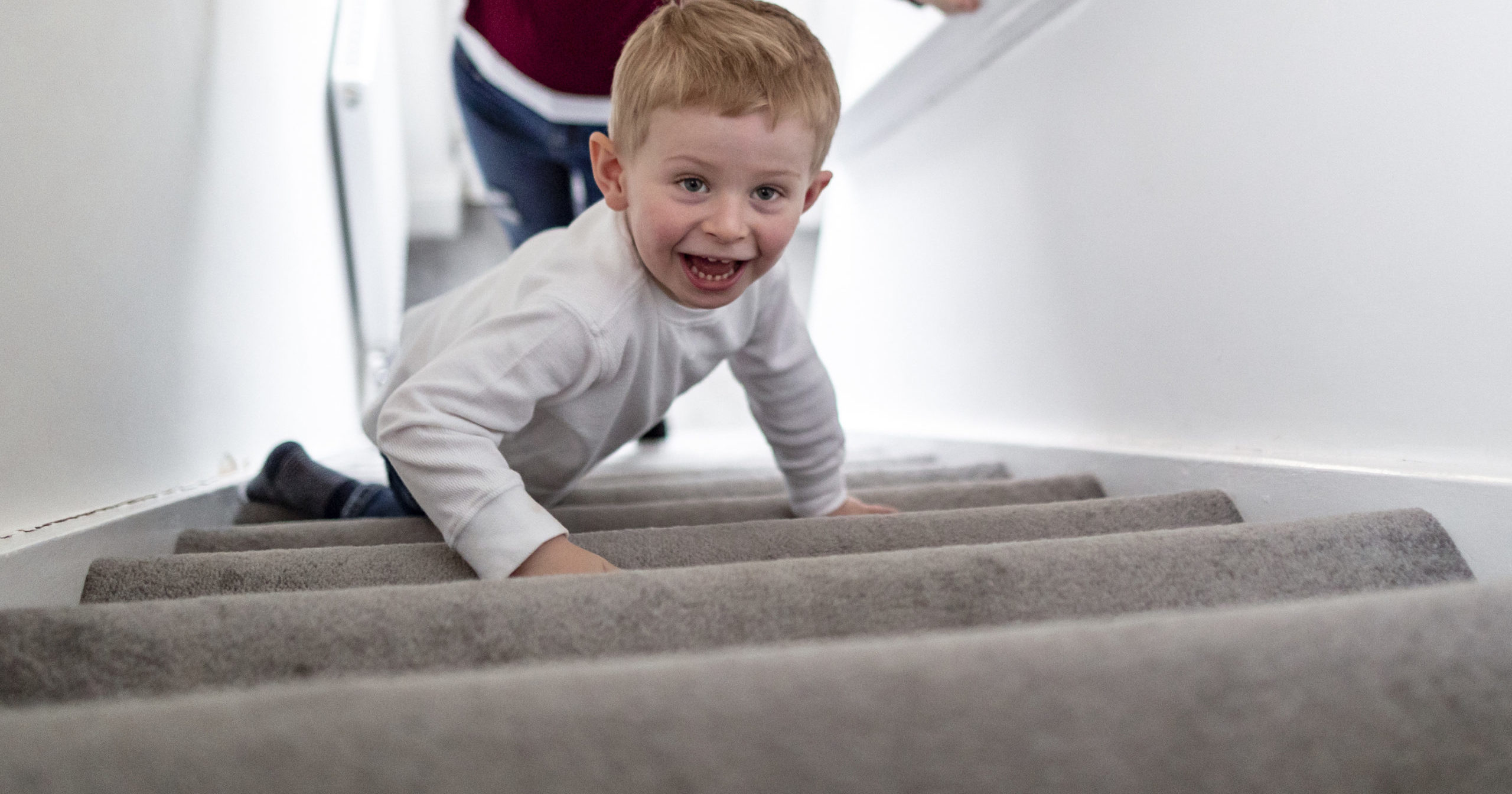 To most people in Fairfax, VA, today seems like just another quiet, ordinary summer afternoon, but deep in the basement of an otherwise unassuming home, a scene of absolute, unhindered chaos is currently unfolding: This kid on a playdate just climbed up the stairs on all fours.

Oh, so we’re getting freaky, huh? Playtime’s about to be turnt!

When six-year-old Max Dulachek went over to his first grade classmate Tyler Cartwright’s house for a playdate today, he had no idea that when Tyler plays, Tyler plays. This was made abundantly clear just moments after he arrived when, instead of easing into things with some lowkey Nintendo Switch or LEGOs, Tyler immediately started galloping up and down the basement stairs on all fours like a goddamn wild animal, shrieking and grunting with unhindered energy while wearing his snack-stained T-shirt pulled back over his head hijab-style. He’s breaking out the kind of delirious, unhinged behavior you typically only see in the giddy late-night hours of a sleepover, but he’s doing it on a quiet weekday afternoon, just an hour before he and his friend have to go to their Cub Scouts meeting. He is really letting his freak flag fly!

Initially, it seemed like Tyler might’ve been sussing out whether his friend was really trying to play or not, but lucky for him, it seems Max is down to go with the flow, as he is now joining in on the madness and chasing right after Tyler on all fours, cackling and howling while pretending to be one of the cross-eyed hyenas from The Lion King, the basement growing stinkier and stinkier by the minute as the boys work up a hell of a sweat. And now that Max has joined in on the rabid action, Tyler, always ready to up the ante, is leading his pal over to his dad’s elliptical machine, where the two will each stand on one of the pedals and bounce seesaw-like back and forth like feral, sugar-drunk gremlins, working it faster and faster, with reckless abandon, until the fitness apparatus is chugging at a truly volatile speed, producing the kind of rickety, unstable momentum that will ultimate either hurl the boys off into a heap of uncontrollable laughter or suck one of them ragdoll-like into the blur of pedals and leave them with a dislocated arm or forehead gash requiring a trip to urgent care.

Holy shit, these boys are out of control!

If things are already getting this rowdy less than 10 minutes into hanging out, then there’s a good chance this could end up being a playdate for the ages. If they’re scrambling around on all-fours and make-believing they’re animals now, it’s only a matter of time before they’re practicing wrestling power moves on couch cushions, peeing on captured bugs in the yard, and accumulating the kind of head-to-toe grass stains that no amount of detergent can possibly remove. It is getting absolutely buckwild, and seems like these freaky little maniacs are just getting started.